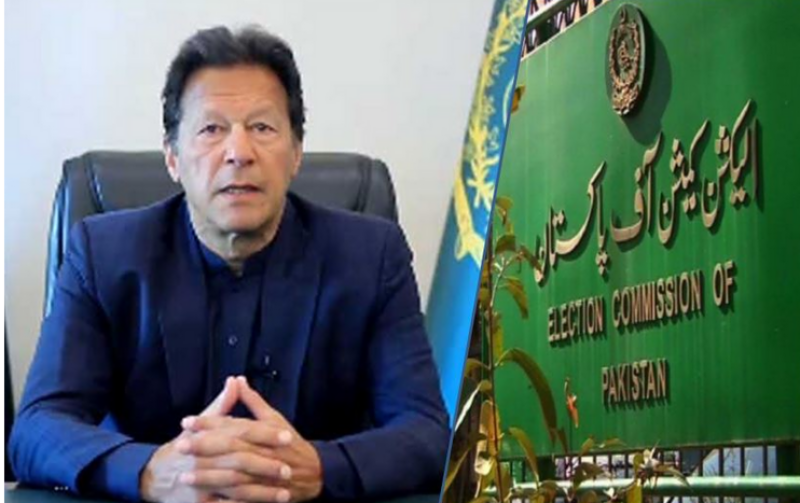 Taking to Twitter, the premier wrote that the more accounts are scrutinized the more factual clarity will emerge for the nation to see how the PTI is the only political party with proper donor base premised on proper political fund raising.

PM Imran said looks forward to similar ECP's scrutiny on the funding of two other major political parties including the Pakistan Peoples Party (PPP) and the Pakistan Muslim League-Nawaz (PML-N).

“This will allow nation to see difference between proper political fund raising and extortion of money from crony capitalists and vested interests in exchange for favors at nation's expense,” the premier added.

I look forward to seeing similar ECP scrutiny on funding of 2 other major pol parties - PPP & PMLN. This will allow nation to see difference between proper pol fundraising & extortion of money from crony capitalists & vested interests in exchange for favours at nation's expense.

Prime Minister Imran Khan's comments come a day after a damning report compiled by the scrutiny committee of the ECP noted that the ruling party had received funding from foreign nationals and companies, under-reported funds and concealed dozens of its bank accounts.

The report emerged as the ECP resumed hearing of the foreign funding case against PTI on Tuesday after a gap of around nine months.

The case has been pending since Nov 14, 2014. Since then, the ECP and the scrutiny committee have heard the case over 150 times, with PTI seeking adjournment on 54 occasions.

The scrutiny committee was formed in March 2018 to completely scrutinise PTI accounts, but it took almost four years to present its report to the ECP, which was submitted in Dec 2021.