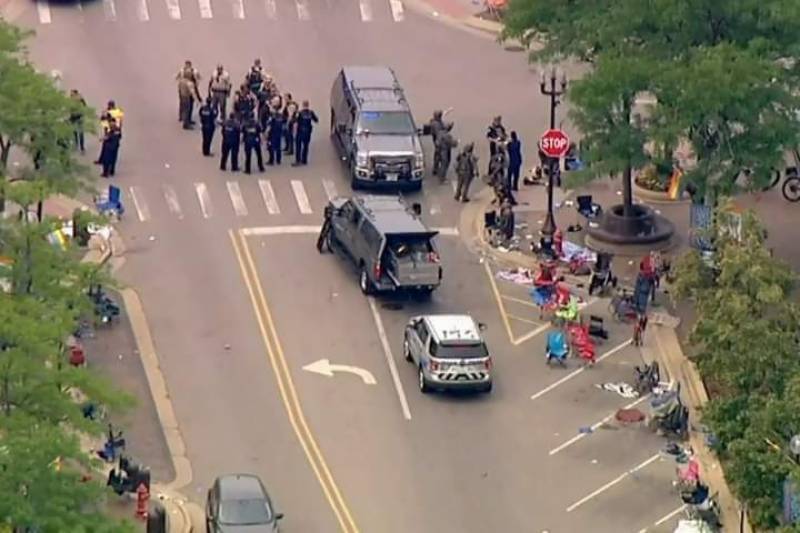 Washington (Web Desk): The US police have arrested a suspect after a mass shooting left six dead at an Independence Day parade in a wealthy Chicago suburb.

Robert Crimo, 22, was identified as a “person of interest” and became the target of a massive manhunt across the town of Highland Park in Illinois, where a rooftop gunman with a high-powered rifle turned a family-focused July 4 parade celebration into a scene of death and trauma.

Firing into the holiday crowd, the shooter caused scenes of chaos as panicked onlookers ran for their lives, leaving behind a parade route strewn with chairs, abandoned balloons and personal belongings.

Emergency officials said around two dozen people, including children, were treated for gunshot injuries, with some in critical condition.

Earlier, police had warned that he was armed and “very dangerous”.

Crimo bills himself as a musician, and goes by the online moniker “Awake the Rapper”.