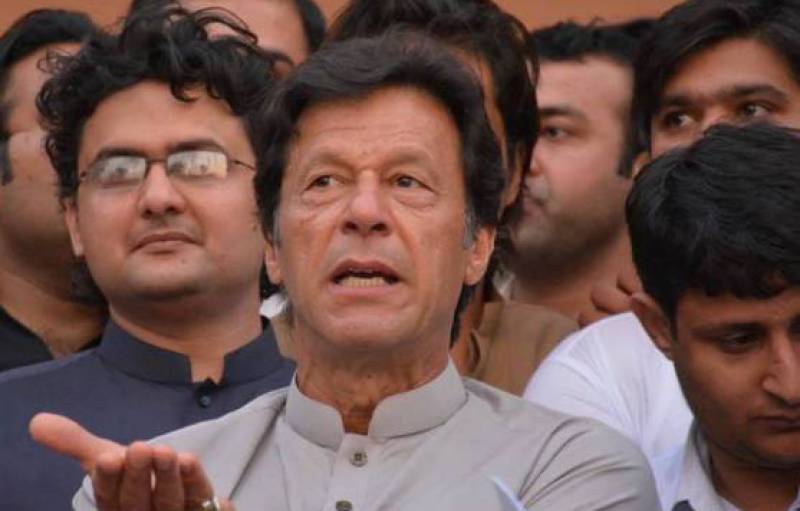 Karachi (Staff Report): Pakistan Tehreek-i-Insaf (PTI) chairman Imran Khan has announced that he would contest the 2018 general election from Karachi.

Addressing a press conference on Monday, Khan said that the city is not just infested with garbage but also with corruption. He said the Rangers have been posted in the city because political parties have ruined the police.

The PTI chief promised his party would bring in a "directly elected mayor" who would solve Karachi's problems. He stressed the need to elect a mayor who has administrative powers and financial resources to deal with the challenges being faced by the city.

Imran Khan on Sunday reached Karachi on a two-day visit.

According to sources, during his visit to Karachi, Khan will address representatives of PIA association at Karachi Airport. He will address a public meeting at Burns Road Karachi today 9:00pm PST, says a party spokesperson.