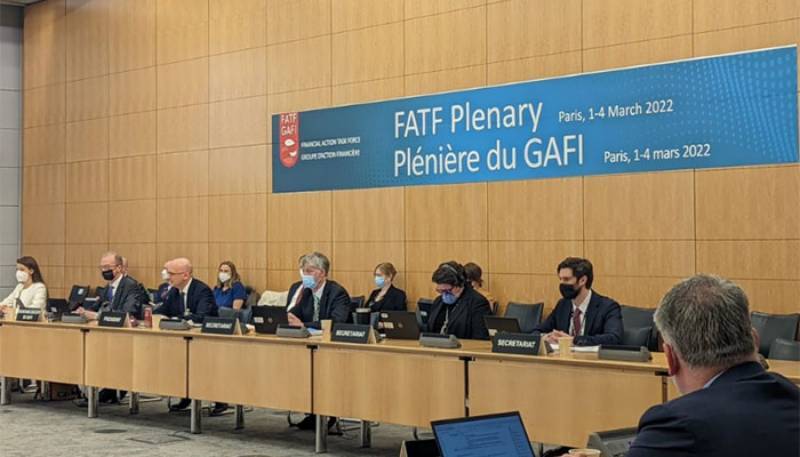 Paris (Web Desk): The Financial Action Task Force (FATF) on Friday announced that it is retaining Pakistan on the grey list for deficiencies in its counter-terror financing and anti-money laundering regimes since June 2018.

This decision was made after the conclusion of the four-day FATF Plenary from March 1-4.

“Since June 2021, Pakistan has taken swift steps towards improving its AML/CFT regime and completed 6 of the 7 action items ahead of any relevant deadlines expiring, including by demonstrating that it is enhancing the impact of sanctions by nominating individuals and entities for UN designation and restraining and confiscating proceeds of crime in line with Pakistan's risk profile,” the FATF said in a statement.

“Pakistan should continue to work to address the one remaining item in its 2021 action plan by demonstrating a positive and sustained trend of pursuing complex ML investigations and prosecutions,” it added.

“In February 2022, the UAE made a high-level political commitment to work with the FATF and MENAFATF to strengthen the effectiveness of its AML/CFT regime,” the FATF statement read.

The FATF Plenary took place under the German Presidency of Dr Marcus Pleyer which saw the participation of over 200 members from the Global Network and observer organisations, including the International Monetary Fund, the United Nations and the Egmont Group of Financial Intelligence Units.

FATF says Pakistan to be removed from grey list after passing on-site ...