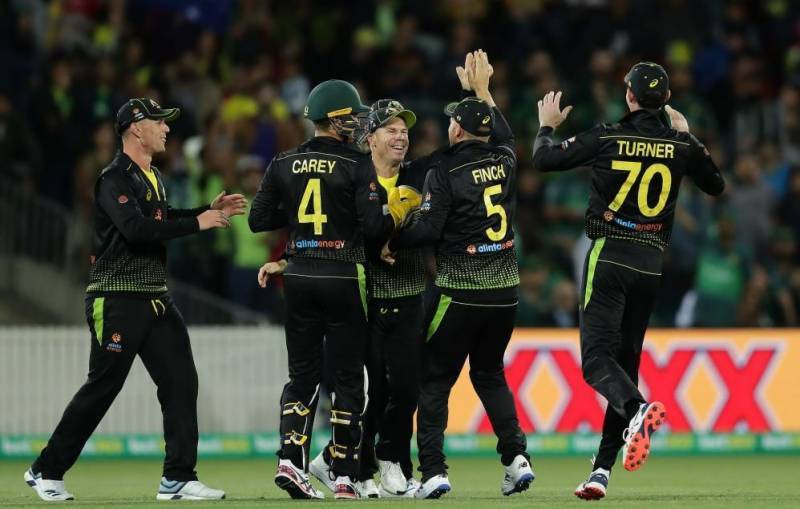 The visitors scored 150 for six, with the home team reaching 151 for three with nine balls to spare.

The Green Shirts were 106-5 after 16 overs. However, Iftikhar Ahmed's 62-run knock of 34 balls raised the target set for Australia. Skipper Babar Azam put 50 runs on the scoreboard.

Ashton Agar picked up two wickets for Australia while Pat Cummins and Kane Richardson took a single wicket each. Azam and Imad Wasim were sent back to the stands as a result of run-outs.

In the first game of the series in Sydney on Sunday, Australia were on course for victory before the weather ruined their hopes. The match ended without a result after it was called off due to rain.

The final T20 will be played in Perth on Friday before the two teams face each other in two Tests.