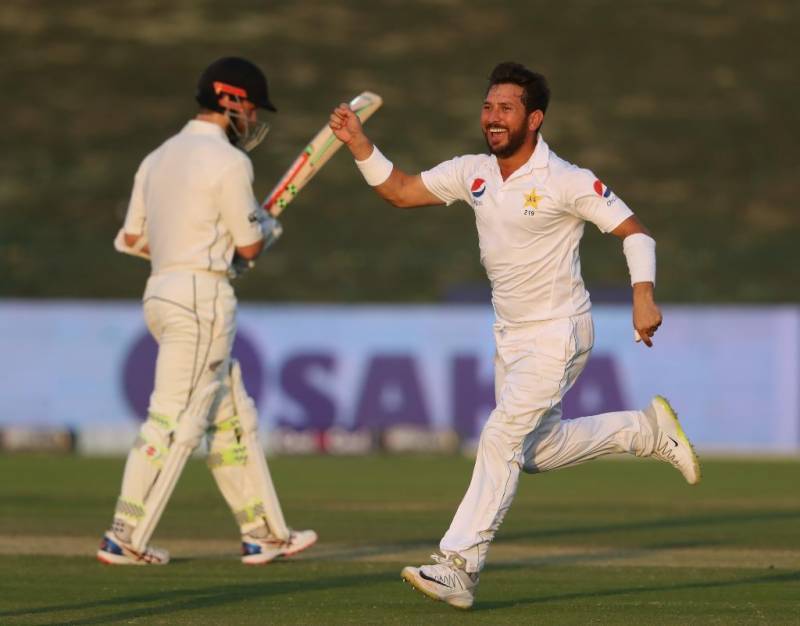 The Pakistani leg-spinner achieved the milestone by breaking Australian leg-spinner Clarrie Grimmett’s world record of 200 wickets in 36 Tests achieved in 1936.

He traps nightwatchman Somerville in front and reaches the landmark in just his 33rd Test!

The 32-year-old has had a superb series against New Zealand, claiming 27 wickets in the tournament, his best-ever tally in any three-match series.

Meanwhile, Pakistan's all-rounder Mohammad Hafeez has announced his retirement from the Test cricket.

In a statement on December 4, he said, "I am announcing my retirement and feel happy that I worked hard in my career."

The 38-year-old, who made a convincing comeback into the Test side against Australia last month after notching up three figurers in the first Test, failed to perform consistently well for the Green Caps.

Hafeez will end his career with 54 Tests to his name, where he scored 3,644 runs at an average of 38.35. His highest score in the longest format is 224, which he scored in Khulna against Bangladesh in 2015.