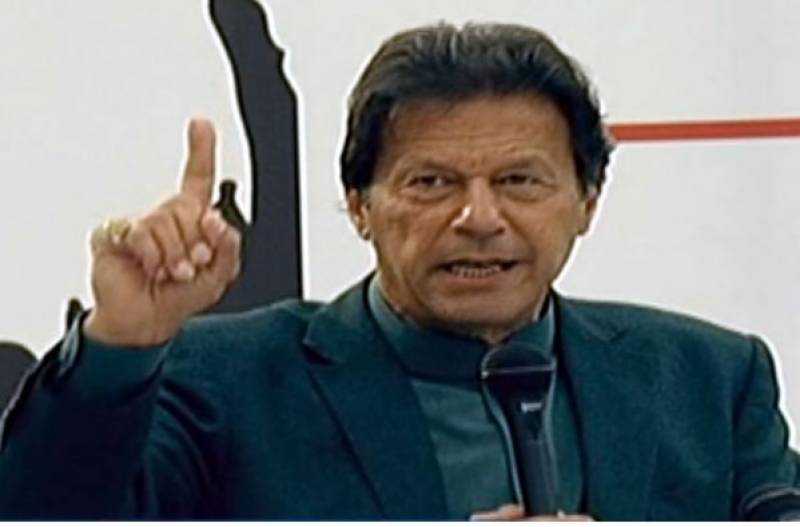 PM Khan said the world had largely forgotten the issue of Kashmir before the Indian action of 5th August.

"But in six months' time, the issue of Kashmir has been highlighted in whole world," he said.

"The day curfew will be lifted in Occupied Kashmir, a sea of people will come out of their houses to demand freedom from Indian rule," he noted.

Khan said Indian Prime Minister Narendra Modi won the elections last year on the basis of his hate campaign. He said due to election compulsions, India raided Balakot to martyr a few trees.

He said Pakistan shot down Indian jets last year and even released the captured Indian pilot as a goodwill gesture because we believe in resolving the issues peacefully.

Imran Khan said Narendra Modi tried to annex Occupied Kashmir by unilaterally revoking its independent status. However, the issue became internationalised in such a manner which was not even anticipated by Modi.

He said for the first time, Kashmir issue has been highlighted at the United Nations (UN) forum thrice, after 1965.

PM Imran said during his meetings with world leaders, including those of Germany, Canada, US, UK and other major powers, he apprised them of the critical human rights situation in the Indian Occupied Kashmir (IOK).

"Today the world fully comprehends the situation Kashmiris are living in”, the PM said. He said the plan of RSS to massacre Kashmiris could not be implemented due to world pressure.

"Any misadventure launched by New Delhi will result in its own defeat. He said more than 200 million people of Pakistan and its battle-hardened army will teach India a hard lesson", he said warning that this will be a grave and final mistake of Narendra Modi.