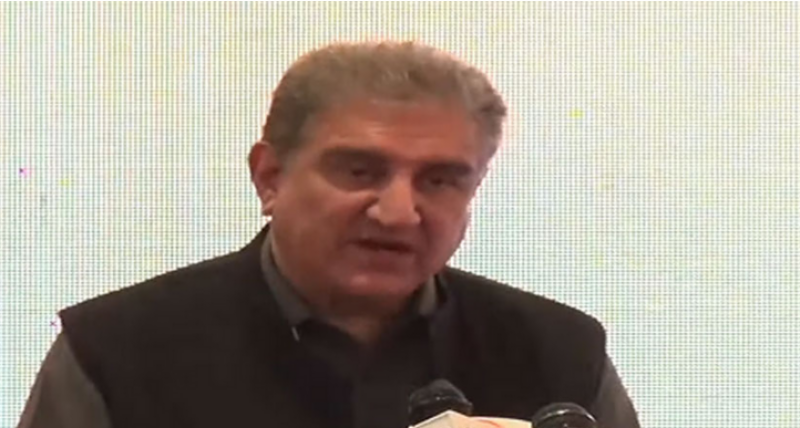 Islamabad (Web Desk): Foreign Minister (FM) Shah Mahmood Qureshi on Thursday underlined that inclusive and sustainable development was not possible unless transparency and accountability were ensured.

He was addressing the inauguration session of two-day International Seminar on the theme of “Combating Corruption – A Prerequisite for the full enjoyment of all Human Rights and Sustainable Development.”

The International Seminar was jointly organized by the Government of Pakistan and the Independent Permanent Human Rights Commission (IPHRC) of the Organization of Islamic Cooperation (OIC), in collaboration with the United Nations Office of the High Commissioner for

In his address FM Qureshi highlighted the efforts of the Government of Pakistan in combating corruption, especially illicit financial flows as well as promotion and protection of all human rights.

He presented an actionable way forward for the OIC group in curbing corruption and realizing the human rights agenda including through creation of an inter-governmental committee, establishment of an OIC protocol and mechanism for mutual legal assistance, reviewing unequal investment treaties, and formation of a global beneficial ownership registry.

UN High Commissioner for Human Rights Michelle Bachelet, in her video message on the occasion, stressed that combating corruption contributes to the full realization of human rights and is also vital to recovering from COVID-19 pandemic.

She said the UN has produced complete guidance for states and others to prevent corruption in the manufacturing, allocation and distribution of anti-Covid vaccines.

She said the need for a comprehensive action to stem corruption was also emphasized earlier this year when the UN General Assembly held its first even session on corruption.

“It is important to reinforce the capacity of human rights institutions, media and civil society to play an active role in anti-corruption efforts,” he said.

Mussinov said that the number of OIC countries including Pakistan have made fighting corruption as their top priority and also took corresponding actions such as establishment of relevant agencies to combat this menace in an apolitical and independent manner.

More than 200 international and national stakeholders including Government officials, OIC member and Observer States, IPHRC Commissioners, and representatives of the OIC Secretariat, UN, practitioners, academia, and civil society are participating in the International Seminar.

Throughout the day, interactive discussions shall be held amongst the international and national participants, on the basis of which a “Declaration” would be adopted at the closing session on January 7, 2022.