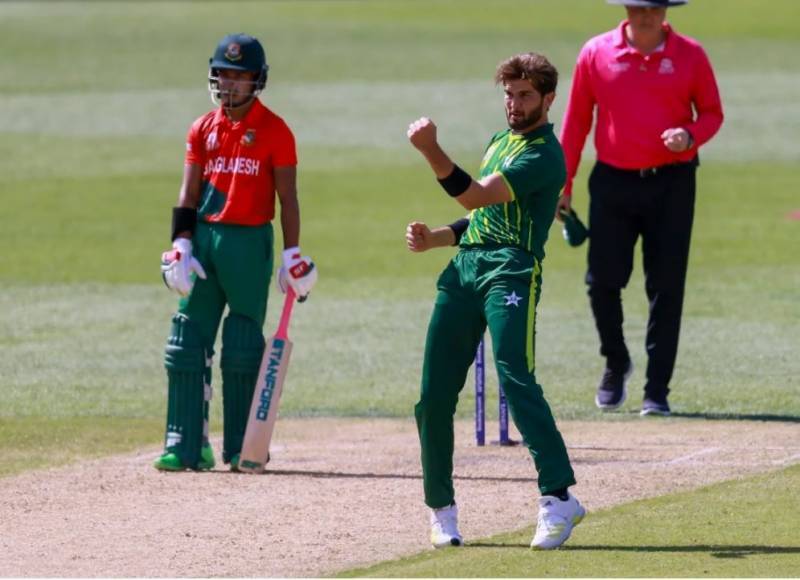 Melbourne (Web Desk): Pakistan on Sunday qualified for semi-finals of the Twenty20 World Cup by beating Bangladesh in their final Super 12 match.

Chasing a target of 128 runs, Pakistan reached home in 18.1 overs for the loss of five wickets.

Pakistan struggled to get going in the run-chase, with Mohammad Rizwan and Babar Azam taking 10.3 overs to score 57 runs.

However, Pakistan upped the ante after the openers departed in a space of five balls. Azam took 33 balls and scored 25 runs.

India, who conclude their group campaign against Zimbabwe later on Sunday in Melbourne, and Pakistan are level on six points, while South Africa finished on five.

New Zealand and England have qualified for the semi-finals from Group 1.