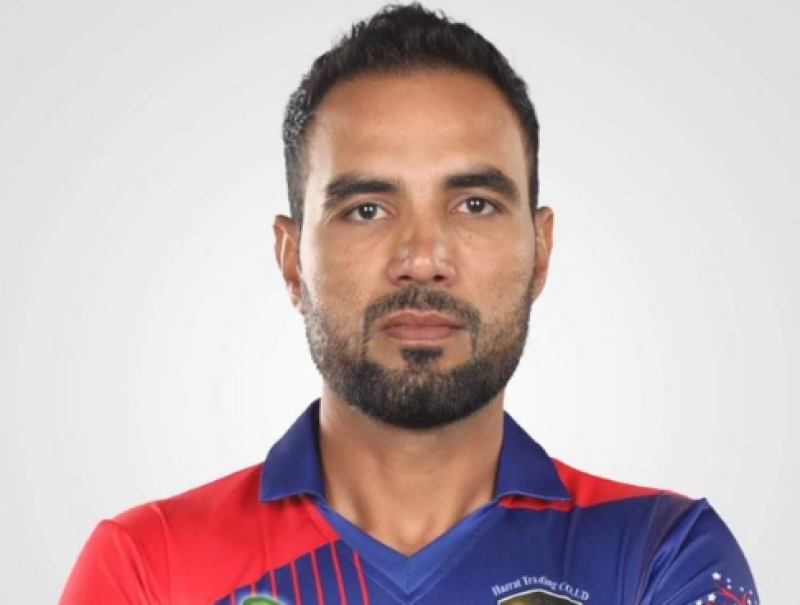 Kabul: (Web Desk) Afghan cricketer Najeeb Tarakai passed away after being injured in a road accident, the Afghanistan Cricket Board (ACB) confirmed on Tuesday.

According to details, the 29-year-old batsman was hit by a car while crossing the road in Jalalabad on Friday.

The deceased suffered severe head injuries and went into coma. He succumbed to his injuries earlier today.

ACB and Afghanistan Cricket Loving Nation mourns the heart breaking & grievous loss of its aggressive opening batsman & a very fine human being Najeeb Tarakai (29) who lost his life to tragic traffic accident leaving us all shocked!

May Allah Shower His Mercy on him pic.twitter.com/Ne1EWtymnO

Earlier, the fans had demanded the ACB to transfer Najeeb to Kabul or abroad for treatment.

Tarakai started his career in 2014 against Zimbabwe. He represented Afghanistan in one Twenty20 (T20) and twelve One Day Internationals (ODIs). His best score in the T20s was the 90 runs against Ireland in 2017. He scored six centuries in his career at an average of 47.20.

In a statement on Twitter, former Afghan Cricket Board media manager Mohammad Ibrahim Mohmand said that Najeeb Tarakai had sustained severe head injuries and was in a coma. The accident took place in Jalalabad, Afghanistan. Najib Turki was hit by a car while crossing the road.