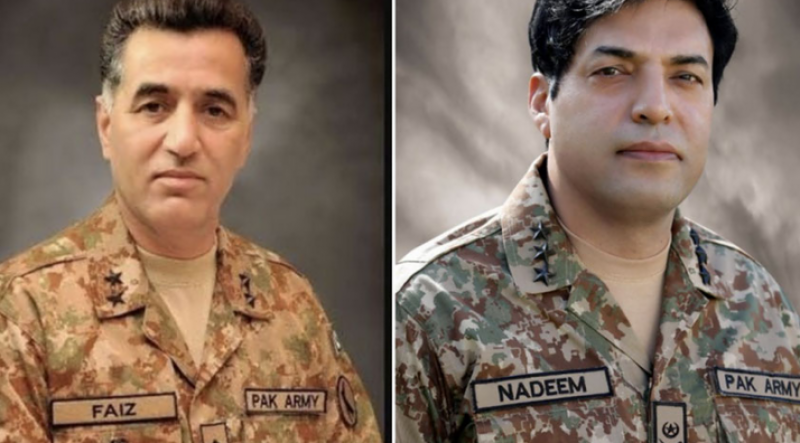 Rawalpindi (Web Desk): Lieutenant General Nadeem Ahmed Anjum has been appointed as the director-general of the Inter-Services Intelligence (ISI), the miltary's media wing stated on Wednesday.

According to the Inter-Services Public Relations (ISPR), Lieutenant General Faiz Hameed has been appointed as the new Corps Commander Peshawar.

The newly appointed ISI chief was previously the commander of Karachi Corps. He was promoted to the rank of lieutenant general in September 2019.

Hailing from the Pakistan Military Academy's 78th Long Course and the Punjab Regiment, Lt Gen Anjum has also served as the commandant of the Command and Staff College, Quetta.

The new DG ISI has also previously remained the inspector general of the Balochistan Frontier Corps (North) and commanded a brigade in Kurram Agency, Hangu.

Major General Asim Malik has been promoted to the rank of Lt Gen. He has also been appointed the army's adjutant general.