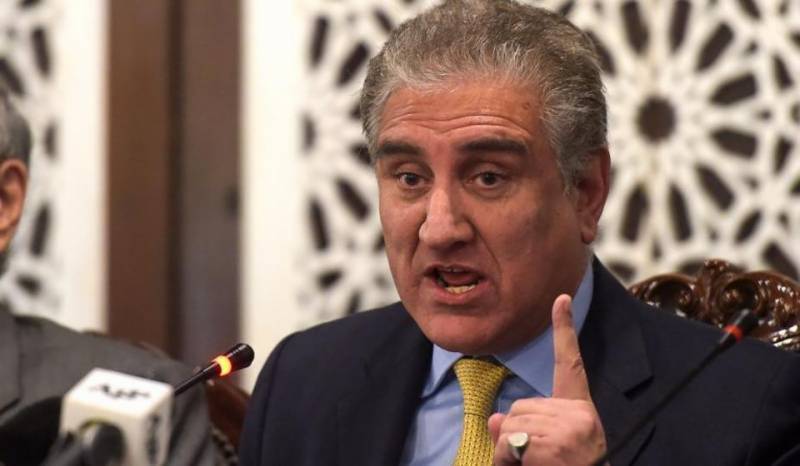 Multan (Staff Report): Pakistan Foreign Minister Shah Mehmood Qureshi has said that Pakistan has credible information that India is planning another ‘act of aggression’ against Pakistan from April 16 to 20.

“There is reliable intelligence that India is readying for another act of aggression against Pakistan,” said Qureshi in a press conference here on Sunday.

“A new Pulwama-like incident can be [planned] by India to increase diplomatic pressure on Pakistan and to justify military action against Pakistan," he said.

He said that Pakistan played a responsible role against Indian aggression, adding that the entire world witnessed irresponsible attitude of the Indian government as it claimed to shoot down Pakistan’s F-16 jet in a brief dogfight, which was proved as false by the United States officials.

The minister said that United Nations (UN) and international powers should play their role in maintaining peace and stability in the region.

He reiterated the measures taken by Pakistan to defuse the tensions with India arising in the aftermath of the Pulwama suicide bombing on February 14, in which more than 40 Indian paramilitary soldiers were killed.