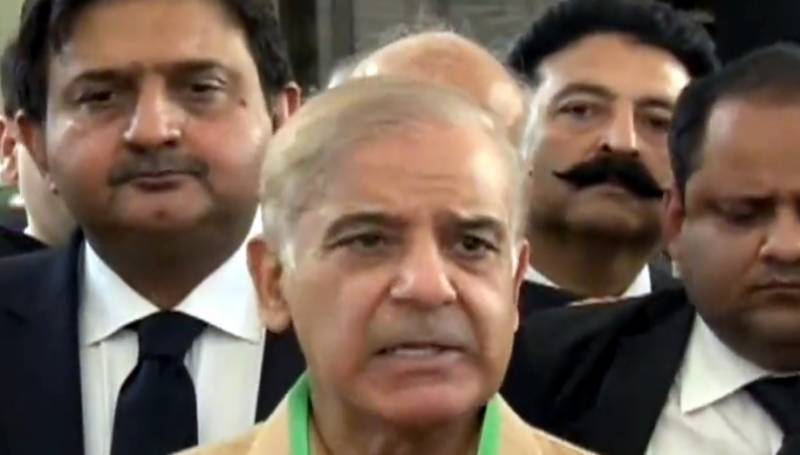 Speaking to newsmen at the Supreme Court (SC) premises, the PML-N leader said that ruling party’s decisions to dissolve the National Assembly and dismiss the vote of no-confidence as an unconstitutional power-grab.

"Nazi Hitler prevailed to dissolve the Reichstag [German Parliament] and thereby solidified his position by abrogating the Constitution and ending the Weimar Republic- Imran Niazi is doing the same in Pakistan," he said.

Shehbaz said that April 3 would be remembered as the day the Constitution was sabotaged and trampled upon.

He said that Deputy Speaker National Assembly Qasim Suri’s attempt to issue a stay-order to PM Imran by dismissing the no-trust motion was unconstitutional.

The PML-N leader said that the opposition would challenge the unconstitutional actions of the ruling party on all platforms.

Talking to the media persons at the SC premises in Islamabad, he rejected the impression that the document is fake saying a judicial commission can be constituted to probe it.