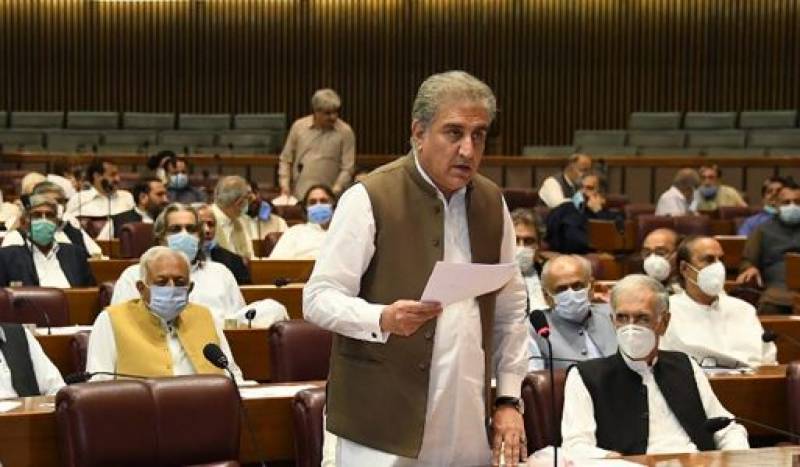 The resolution said that Kashmir is an internationally recognized dispute and longest outstanding item on the agenda of UN Security Council, categorically stating that illegal steps cannot alter the disputed status of the territory.

Reiterating Pakistan's full support to the Kashmiri people in their legitimate struggle for right to self-determination, the Parliament demanded the Indian government to immediately lift military siege in Indian Illegally Occupied Jammu and Kashmir and rescind the illegal and unilateral actions of 5th August 2019.

The resolution demanded India to stop its illegal measures to change demographic structure of the occupied territory. It also called upon India to withdraw nine hundred thousand troops from the territory and give Kashmiri their inalienable right to self-determination.

The Majlis-e-Shoora called upon the international community to use all tools at its disposal to hold India accountable for its illegal and unilateral actions and human rights violations against the Kashmiri people.

It urged the international community to pressurize India to adhere to its international human rights obligations and allow international media and Independent Observers entry into the Indian Illegal Occupied Jammu and Kashmir to investigate and examine the excessive use of force and violence against the Kashmiri people.

Parliament demanded India to remove restrictions on media, Internet, movement and peaceful assembly in the Occupied Territory, besides, repealing the draconian law.