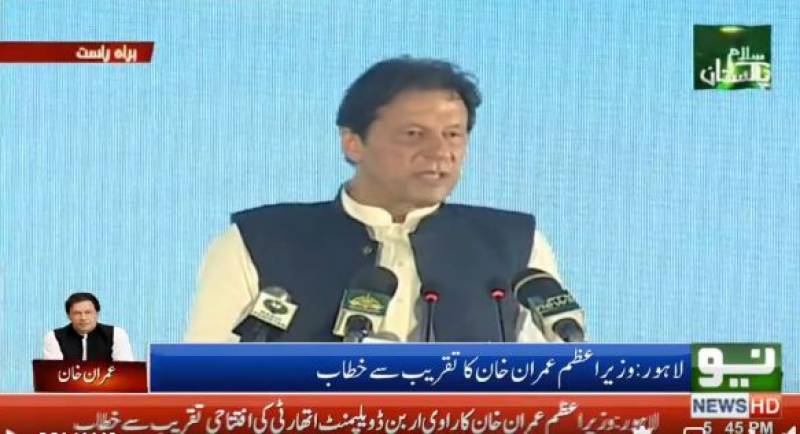 Addressing the ceremony participants, the prime minister said that the Ravi Development Authority scheme will cost Rs5 trillion and is important for the city to address issues pertaining to traffic congestion, water and environment pollution.

PM Imran said that the green covers in Punjab are vanishing while water scarcity and sewerage problems have made lives of people miserable.

"Air pollution in the city has increased to alarming levels that needs to be addressed," he noted.

Imran Khan said that this project is best for overseas Pakistanis as it will provide them an opportunity for greater investment.

The premier highlighted that the mega scheme will provide job opportunities to youth and will help in wealth creation.

As part of the project, the Punjab government plans to develop a "most modern city" over an area of more than one 100,000 acres near Lahore, he stated.

He said new barrages will be built on Ravi and the city will get filtered water.

"This will be the second largest landmark project after Islamabad and I will monitor it personally," the PM asserted.