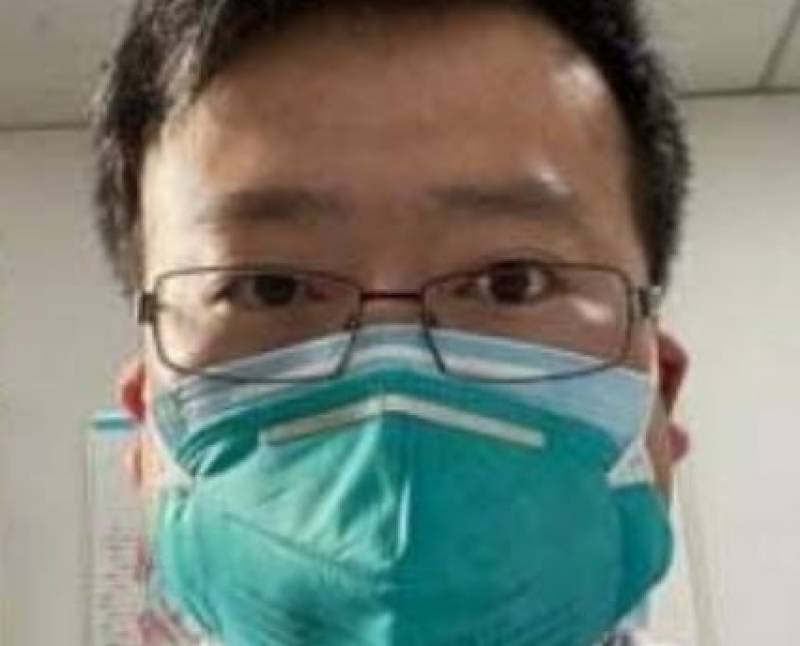 Wuhan (Web Desk): Li Wenliang, a 34-year-old opthalmologist working in Wuhan, who tried to warn others about the coronavirus outbreak in December has died from the infection, according to Chinese state media.

Wenliang died at 3am local time on Friday, the Global Times said.

There was confusion earlier as the Wuhan hospital which treated Dr Li contradicted state media and said the opthalmologist was in a critical condition, but the state-run Global Times confirmed his death.

The hospital has since said it "deeply regrets and mourns" Dr Li's death.

Some Chinese media outlets described him as a “hero who was willing to speak the truth” while other commentators posted poems, photos and drawings saluting him. The World Health Organization said on Twitter that it was “deeply saddened” by news of his death.