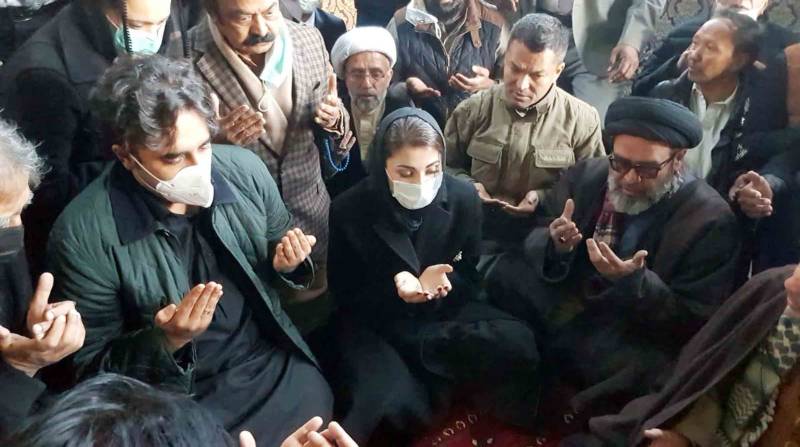 Addressing the protesters, Bilawal Bhutto said that the prices of everything have skyrocketed in this country, but the blood of its labourers and its lawyers is cheap.

“Unfortunately, we belong to a country where even the dead have to be dragged into politics,” he lamented.

The PPP chairman said he could not find words to console the Hazara community.

“You’ve staged protests previously, and are out on the street again only to demand the right to live!”

Bilawal said he belongs to a family of martyrs, yet his family too has been unable to provide justice to its own martyrs. “However, I promise you that until I’m alive, until I’m politically active, we will only demand that the poor of this country be allowed to live in peace”.

It is the state's foremost duty to guarantee the protection of the citizens' lives and then it can look to employment and economic progress, Bilawal said, adding that even in these areas, the Hazaras suffer injustice.

"But we will not speak about those issues. We only demand justice and the right to live, "he said.

Speaking to the protesters, PML-N Vice-President Maryam Nawaz condoled with the bereaved families.

She said she was at a loss for words because while the entire nation shared the pain of the Hazaras, no one could truly feel the tragedy that had befallen the miners' families.

“All they are asking for is that you come here and condole with the bereaved families and pray for the departed souls. Is your ego bigger than those whose coffins are lying here,” she said while referring to Prime Minister Imran Khan.

The PML-N leader said she had been informed by the mourners that they would not bury their dead if the prime minister does not show up – no matter how long it takes.

“If you do not come and condole with them, then people won’t let you sit in Islamabad,” Maryam said.

The Hazara community members are holding sit-in protest in Quetta along with the bodies of the slain miners for the past five days saying the burials would only take place if Prime Minister Imran Khan himself visited the camp to give them an assurance that the unabated targeted killing of the Hazaras.

On January 3, ten coal miners were killed and several others injured when terrorists opened fire on them in Mach area of Balochistan.