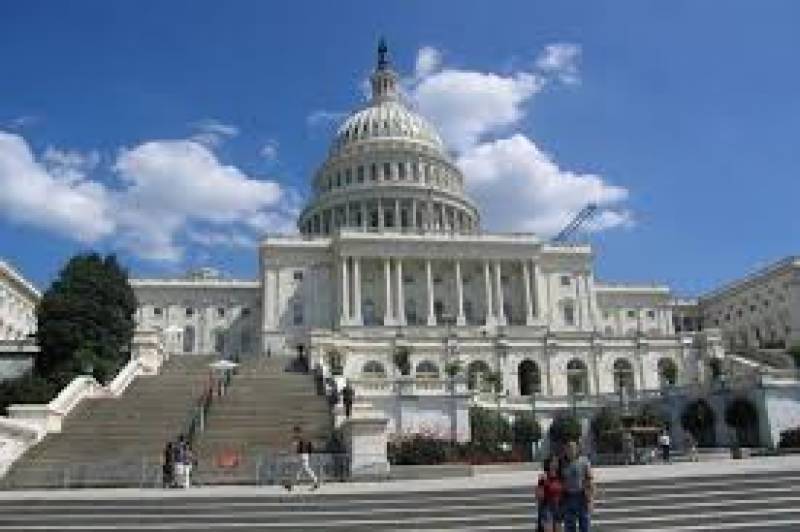 Washington (Web Desk): Washington, D.C. Mayor Muriel Bowser declared a curfew on Wednesday after supporters of the US President Donald Trump's stormed the US Capitol in a stunning bid to overturn his election defeat.

"Today, I'm ordering a citywide curfew for the District of Columbia from 6:00 p.m. on Wednesday, January 6, until 6:00 a.m. on Thursday, January 7," Bowser said in a statemen.

Later, the mayor extended the public emergency for a total of 15 days. The order will end at 3 p.m. on Thursday, Jan. 21.

According to details, at least four people were reportedly killed and 52 arrested, after supporters of President Donald Trump stormed the Capitol in an unprecedented effort to stop Congress from certifying President-elect Joe Biden’s election victory.

As the reports, hundreds of armed supporters of President Donald Trump stormed the Capitol building and forced a lockdown.

The violence halted debate in the House and Senate over Joe Biden's election win.

Reacting to the development, US President-elect Joe Biden said that the incident was a grim reminder of how "democracy is fragile". He took a subliminal shot at Trump, saying that to preserve the system, "leaders with courage" were required to stand up.

"To preserve it requires people of good will, leaders with the courage to stand up, who are devoted not to pursuit of power and personal interest at any cost, but to the common good," he tweeted.

Minutes after Biden spoke, Trump tweeted a video in which he told supporters to "go home" -- but repeated his incendiary claim the election was "stolen" and told them "We love you."

"I know your pain," Trump said in a one-minute video on Twitter. ""We had an election that was stolen from us.

Moreover, Social media networks Twitter and Facebook locked US President Donald Trump out of his account for 12 hours after his support for attackers in the US Capitol.

Twitter added that future violations could result in a permanent suspension.

Police reportedly struggled for more than three hours after the invasion to clear the Capitol of Donald Trump's supporters before declaring the building secure.

Earlier on Wednesday, Trump took the stage at a rally at the Ellipse park, south of the White House fence, to address thousands of cheering supporters wearing "Make America Great Again" gear and tell them he would "never concede."

He repeated calls for his loyal Vice President Mike Pence, set to preside over the events in Congress, to refuse to certify Biden s win.

A number of Republican congressmen had already vowed to object to the certification, but they were outnumbered, making Pence -- as Trump and his supporters saw it -- the last line of defense.

"Mike Pence is going to have to come through for us, and if he doesn t, that will be a sad day for our country," Trump told the crowd, promising he would "be there with you" as they marched on Congress.

Trump had pressed Pence to throw out election results in states the president narrowly lost, although Pence has no authority to do so. Pence said in a statement he could not accept or reject electoral votes unilaterally.