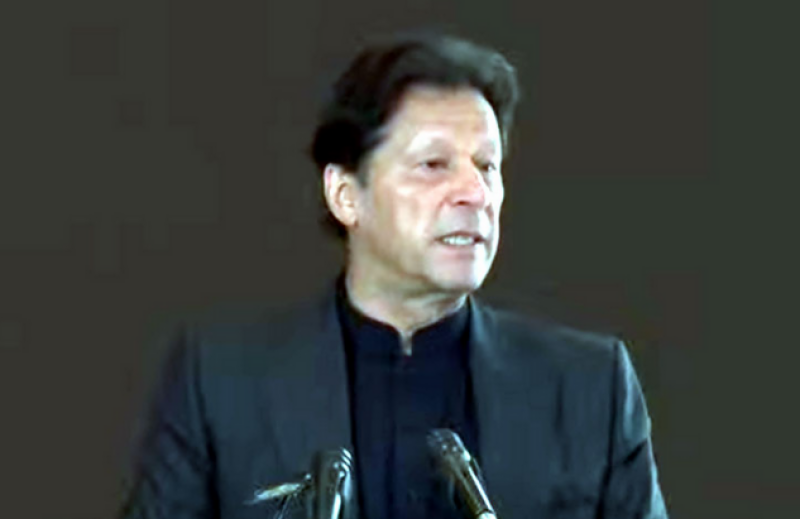 Addressing the inauguration ceremony in Islamabad, the premier reiterated the commitment to make Pakistan a truly welfare state on the pattern of State of Madina.

PM Imran assured to uplift and extend more support to the deprived segments of the society with increase in tax collection.

He said that helping the poor was the best aspect of humanity and was in line with the commandments of Almighty and the teachings of Prophet Muhammad (Peace be upon Him).

The prime minister expressed satisfaction that the socio-welfare programme of Ehsaas provided financial assistance to deserving people in pandemic, which was acknowledged internationally.

Referring to various initiatives of Ehsaas program, Imran Khan pointed out that 98% of disbursements were going into the hands of women in order to economically empower them.

He said the country could not prosper unless the resources were invested for the uplift of women, particularly their education and health.

The premier said the stipend and scholarships being provided under Ehsaas are also higher for the girls than the boys.

"The network of Ehsaas Nashonuma will be spread to the district level in order to address the issue of stunting in children," PM Imran said.

Imran Khan said the disbursements made under Ehsaas emergency cash programme helped protect the vulnerable families in the wake of COVID-19.

PM Imran urged the public to pay taxes and vowed that all such money would be spent on their welfare and development.

"With the surge in global oil prices, he said," adding that the rate of commodities in Pakistan were still less compared with rest of the world.

PM Imran mentioned that the government recently announced a big subsidy on petrol and diesel for the relief of consumers.

Imran Khan said the government’s national health insurance programme was a major step in facilitating the common man in getting free medical treatment.

Earlier, Special Assistant to the Prime Minister (SAPM) on Poverty Alleviation Dr Sania Nishtar said that the first phase of registration for Ehsaas Riayat Rashan Programe has been completed and messages are being sent to 9.2 million deserving families in a phased manner to avail the targeted subsidy through four thousand utility stores.

She said the registration of retail stores is also continuing so that the deserving families could avail the targeted subsidy through them.

"Under the Ehsaas Kafalat scheme, the distribution of Rs 71 billion of cash assistance would also be initiated," Dr Nishtar said.