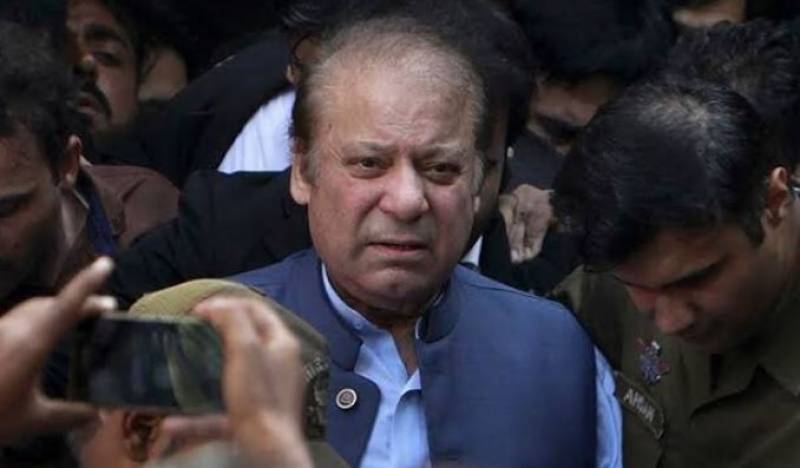 Nawaz Sharif is likely to leave for Kot Lakhpat jail from Jati Umra after Iftar.

The former PM is likely to arrive at the prison in a rally led by his daughter Pakistan Muslim League-Nawaz (PML-N) leader Maryam Nawaz.

According to party spokesperson Marriyum Aurangzeb, PML-N workers will participate in the solidarity rally led by Maryam Nawaz from Jati Umra to the jail.

The PML-N spokesperson informed that the decision was made by the party’s central executive committee.

“Maryam will accompany her father, and will be present in his car. The party has decided that she will remain with her father along with Hamza Shehbaz until he is taken into custody by the jail authorities”, the PML-N spokesperson said.

Earlier, Punjab’s Home Department had instructed Nawaz to reach Kot Lakhpat Jail by 5pm today, and said his arrival in the form of a rally would be against the law.

On May 3, The Supreme Court had rejected former prime minister Nawaz Sharif’s petitions seeking an extension in the bail granted to him and allow him to travel abroad for medical treatment.

The top court granted six-week bail to Nawaz on medical grounds. Former premier's bail is set to expire on May 7. (today).

The PML-N supremo, through his petition, requested the court to review its decision and allow him to travel abroad.

On March 26, the Supreme Court had granted bail to former premier Nawaz Sharif for six weeks against a surety bond of Rs5 million in a petition filed on medical grounds in Al Azizia corruption reference; however, with a restriction that he cannot leave the country.