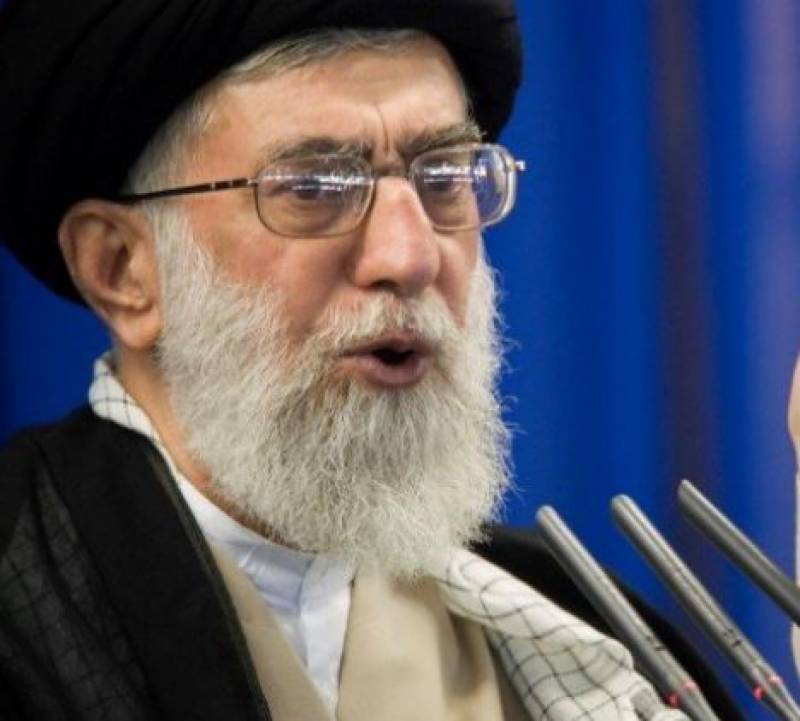 Tehran (Web Desk): Iran’s Supreme Leader on Friday called on Muslim nations to keep fighting against Israel, which he said was not a state but a “terrorist garrison” against the Palestinians.

Khamenei was speaking on Iran’s annual Quds Day, which uses the Arabic name for Jerusalem, held on the last Friday of the Muslim fasting month of Ramazan.

Opposition to Israel is a touchstone of belief for Iran, which backs Palestinian and Lebanese Islamic militant groups opposed to peace with the Jewish state, which Tehran does not recognise.

“Muslim nations’ cooperation on Quds (Jerusalem) is a nightmare for the Zionists,” Khamenei said.

Iranian officials have called for an end to Israel, including by a referendum that would exclude most of its Jews while including Palestinians in the region and abroad.