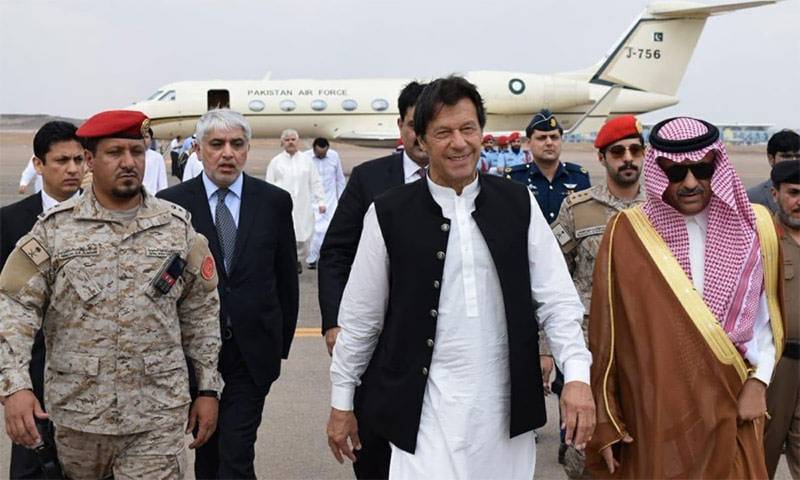 According to details, the premier is visiting the Kingdom on the invitation of Saudi Crown Prince Mohammad bin Salman bin Abdulaziz.

PM Imran will be accompanied by a high-level delegation, including the foreign minister and other members of his cabinet.

During the visit, the PM Imran’s consultations with the Saudi leadership will cover all areas of bilateral cooperation including economic, trade, investment, energy, job opportunities for Pakistani workforce, and welfare of Pakistani Diaspora in the Kingdom.

The two sides will also exchange views on regional and international issues of mutual interest, the Radio Pakistan reported.

A number of bilateral agreements and memorandums of understanding (MoUs) are expected to be signed during the visit.

He will also raise the issue of Islamophobia in the West, including a recent resolution of European Parliament that called for withdrawal of GSP plus status of Pakistan.