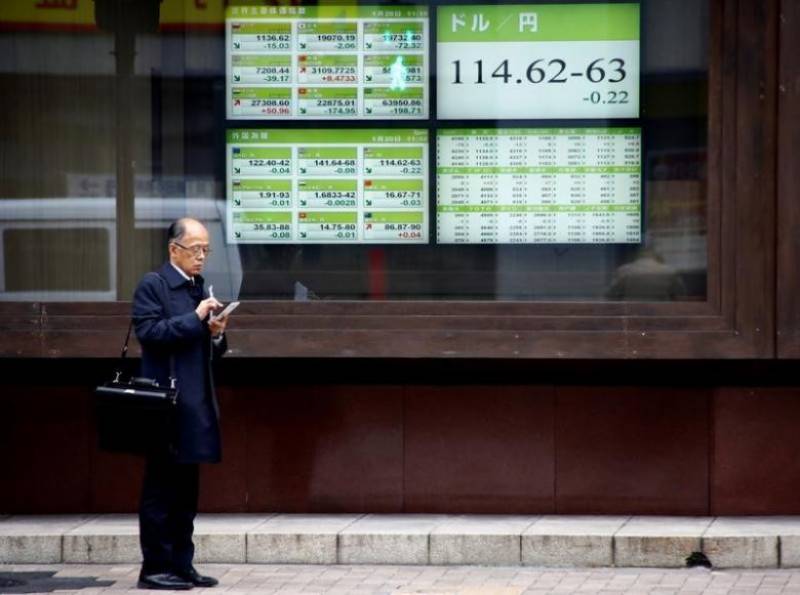 Hong Kong (Reuters): Asian stocks erased early losses and edged higher on Wednesday as strong China trade data bolstered bets of a recovering global economy, though gains were capped by caution ahead of a widely expected US interest rate hike next week.

China's imports grew 44.7 percent in February from a year earlier on a yuan-denominated basis, accelerating from the previous month and leading to a rare trade deficit for the country. Exports rose 4.2 percent.

That pushed the MSCI's broadest index of Asia-Pacific shares outside Japan up by a quarter of a percent, putting it on track for a third consecutive day of gains. Mainland and Hong Kong stocks led gainers. "We suspect that this largely reflects the boost to import values from the recent jump in commodity price inflation, but it also suggests that domestic demand remains resilient," Julian Evans-Pritchard at Capital Economics said.

The strong trade data reinforced a growing view that economic activity in China and globally picked up in the first two months of the year. US dollar-denominated trade figures from China were expected later in the day. On Tuesday, key exporter Taiwan reported solid shipments for the first two months of 2017 while Japan GDP data for the December quarter was revised higher thanks to increased capex spending.

The Federal Reserve has a policy meeting on March 14-15 and markets have quickly ratcheted up bets of a rate hike at the meeting after recent hawkish comments by US policymakers.