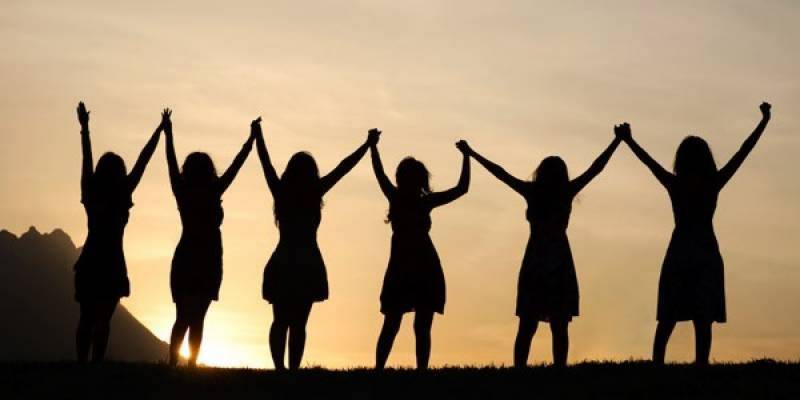 Islamabad (Agencies): International Women's Day was observed on Friday across the world including Pakistan to hounour achievements of women in various fields.

International Women's Day was observed across the world on March 8. This year's theme of the Day is "Think equal, build smart, innovate for change".

Ceremonies including seminars and walks were organised to mark the day across Pakistan to highlight the importance of the day and create awareness to overcome bias against women.

On this occasion, Prime Minister Imran Khan reaffirmed his government's commitment to ensuring women a secure and enabling environment for their rightful role in the nation's development.

"We reaffirm our commitment to ensuring women a secure and enabling environment to play their rightful role in our nation's development," he added.

On Women's Day, we pay tribute to Fatima Jinnah who stood steadfastly beside the Quaid in his struggle for Pakistan. We reaffirm our commitment to ensuring women a secure & enabling environment to play their rightful role in our nation's development. pic.twitter.com/tw71sDT1m0

In his message, Speaker National Assembly Asad Qaiser said that providing women equal opportunities in every field is one of this government's highest priorities.

"Protection of women's rights is vital in this society," Qaiser said while adding that there is a need for bringing women to the fore and boosting their confidence.

Leader of the Opposition Shahbaz Sharif lauded "the incredible work our women are doing to strengthen their families, communities and the country".

Satisfied that the government under the PML-N introduced massive reforms for women empowerment. Our commitment to the women empowerment agenda is absolute and will continue to uphold it. (2/2)

In his message on International Women’s Day, Pakistan Peoples Party Chairman Bilawal Bhutto tweeted, "I pay tribute to Shaheed Benazir Bhutto. First female PM in the Muslim world. Who battled extremism, authoritarianism and patriarchy for 30yrs of political life. We will build a progressive Pakistan, a feminist Pakistan and a Benazir Pakistan in her memory.

On #internationalwomensday I pay tribute to shaheed Benazir Bhutto. 1st female PM in the Muslim world. Who battled extremism, authoritarianism & patriarchy for 30yrs of political life. We will build a progressive #pakistan, a feminist pakistan & a Benazir Pakistan in her memory. pic.twitter.com/88bkFuNSSs

Addressing a ceremony to mark the International Women's Day in Islamabad, Federal Minister for Information and Broadcasting Fawad Chaudhry said that Pakistani women are playing a great role in every walk of life. He said the women need to be given their due place in society while acknowledging their contributions.

PPP's Senator Sherry Rehman, referring to the Aurat March, called to attention a number of issues women face, saying: "I march because women don’t get the same pay or opportunities as men. Because I’m done keeping quiet about sexist jokes, about snide remarks and an unspoken collusion to keep women out of decision-making. I march for my less fortunate sisters who suffer daily indignities."

I march because women don’t get the same pay or opportunities as men. Because I’m done keeping quiet about sexist jokes, about snide remarks and an unspoken collusion to keep women out of decision-making.I march for my less fortunate sisters who suffer daily indignities #IWD2019 pic.twitter.com/Hyl9hi9pER

In another tweet, she said: "I march because I don’t accept violence against women. I march against harassment at the workplace. I march because public spaces are domains where I too have the right to have my voice heard. I march because we still have a long way to go."

Finance Minister Asad Umar also shared a messageon Women's Day: "Pakistan cannot be the prosperous and peaceful country we want it to be unless women, who are more than half the country, are given the chance to live their lives to their full potential."

In her message on Women's Day, Pakistan Muslim League-Nawaz (PML-N) Spokesperson Marriyum Aurangzeb said that women have proved their mettle in every field though their extensive contributions.

"The parliament and government should ensure that women are provided their rights, including their fair share of education and wealth," she said. 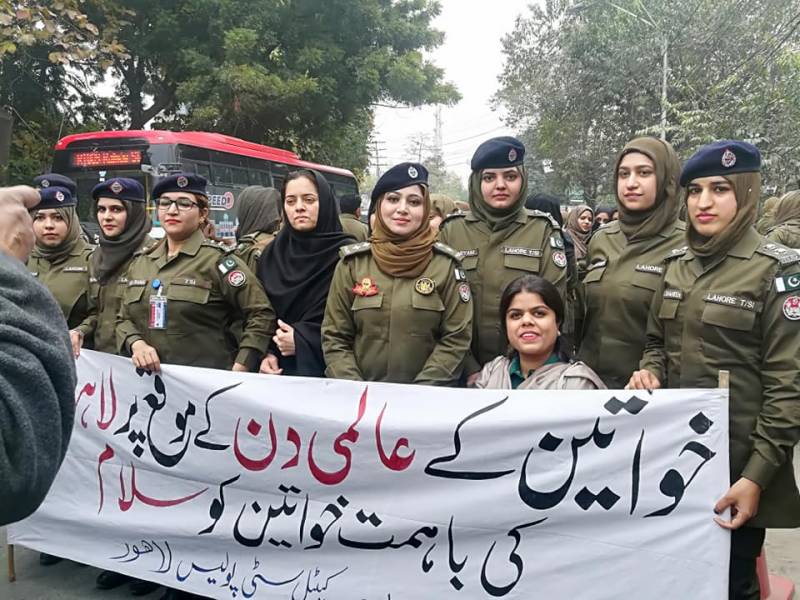 Meanwhile, various groups of civil rights activists, men and women from all walks of life will be participating in Aurat Marches 2019 in all major cities to commemorate the International Women's Day.

According to the University of Chicago website for women's programmes, the move for the International Women's Day started in 1907, when 15,000 women workers in the textile industry walked in a march through New York, demanding shorter work hours, fair pay and lending their voice to the already growing clamour for suffrage for women. The demonstrators also commemorated police brutality on a similar women workers' demonstration in 1857.

On 28 February, 1909, the first national Woman's Day was celebrated in the United States of America. Novelist and social reformist Charlotte Perkins Gilman addressed a gathering in which she made the stirring claim, "It is true that a woman's duty is centered in her home and motherhood but home should mean the whole country."

While women gained prominence in political arenas, it was the World Wars that gave the day its present form. Wars were largely considered men's domain and in the tension-ridden atmosphere of the days preceding World War I, Russia saw some of its biggest all-women campaigns for peace.

As the World War I looked to end and the Russian Revolution was set to begin in 1917, women in Russia led a massive demonstration under feminist leader Alexandra Kollontai, on the last Sunday in February on the Soviet calendar. The day is 8 March according to the Gregorian calendar. In 1922, Lenin officially designated it as Women's Day.

By 1975, the 8 March date had gained popularity enough for the United Nations to designate it as International Women's Day. Two years later, the UN's General Assembly adopted a resolution proclaiming a "United Nations Day for Women's Rights and International Peace to be observed on any day of the year by Member States, in accordance with their historical and national tradition."

International Women's Day is one of the most widely celebrated holidays in the world. With no religious or regional connotations defining it, the day is universally accepted as one where women of all race, colour, nationality and age are celebrated.

There is a public holiday today in Russia, China, Vietnam and Bulgaria, where the women are considered as symbol of ‘struggle’.