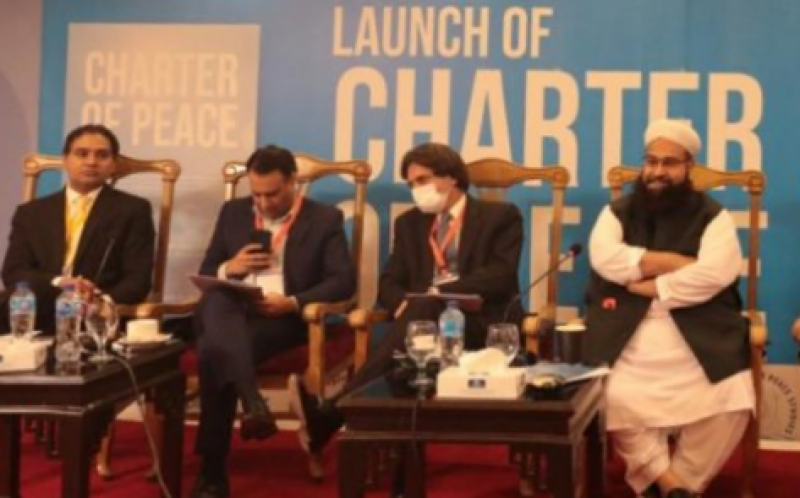 Lahore (PR): There is a dire need to bring equal citizenship, uplift weak segments of the society, respect all religions and faiths and uphold the sanctity of the Constitution to attain peace in the society.

These views were expressed by experts, politicians, religious scholars and civil society representatives here on Monday at the launching ceremony of the “Charter of Peace”—a document formed by the Islamabad-based think tank, Pak Institute for Peace Studies (PIPS), after consultations with all stakeholders.

Political Assistant to the Chief Minister Punjab Zain Ali Bhatti speaking on the occasion called for acceding to equal citizenship and uplifting the weak segments of the society, to bring them to at par with those who are resourceful, for attaining peace in the country.

Religious scholar Maulana Ragheb Naeemi said that they would have to give space to all those religions whose followers are living in Pakistan. He underlined the need to teach the students about the importance of the Constitution and its implementation.

The Charter of Peace also conforms to the United Nation resolutions urging the role of civil society in building peace and countering violent extremism. UN Security Council in its resolution 2178 (2014) “encourages Member States to engage relevant local communities and non-governmental actors in developing strategies to counter the violent extremist narrative.”

Later in the day, PIPS launched its study report “Interfaith Relations in Pakistan; Perspectives and Worldview of Youth in Punjab” here at a ceremony that was chaired by Special Representative to the Prime Minister on Religious Harmony Hafiz Tahir Mahmood Ashrafi.

Ashrafi speaking on the occasion said that breach of others’ rights and interference into others’ privacy cause disharmony and violence in the society. He added that society needed to change its behaviours.