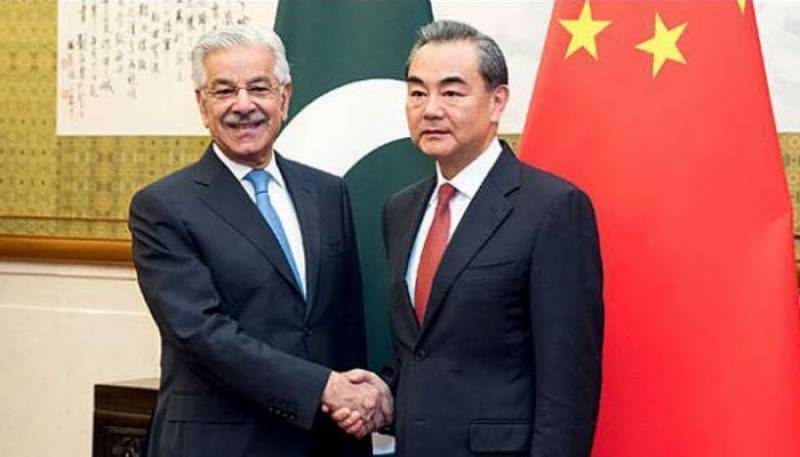 Beijing (Agencies): Pakistani government and people have made huge sacrifices in the fight against terrorism and such efforts and sacrifices are there for everyone to see, says Chinese foreign minister Wang Yi.

The remarks were made at a press briefing in Beijing following a meeting between Wang and Foreign Minister Khawaja Asif.

Later, at a joint talk with media, Pakistani Foreign Minister said the two countries agreed that solution of the Afghan problem has to be fundamentally political and that there is no military solution to the conflict.

Referring to the US policy on Afghanistan and South Asia, Khawaja Asif said peace and stability in Afghanistan remains critical for peace and security of the region. He said it is our firm view that focus should be on politically-negotiated settlement of the Afghan conflict.

He said China is playing a constructive role in this regard and together Pakistan and China can contribute to a political solution of Afghan problem.

Asif also thanked Beijing for its role in hosting a trilateral Afghanistan-China-Pakistan foreign ministers’ forum, which is expected to take place before the end of this year.