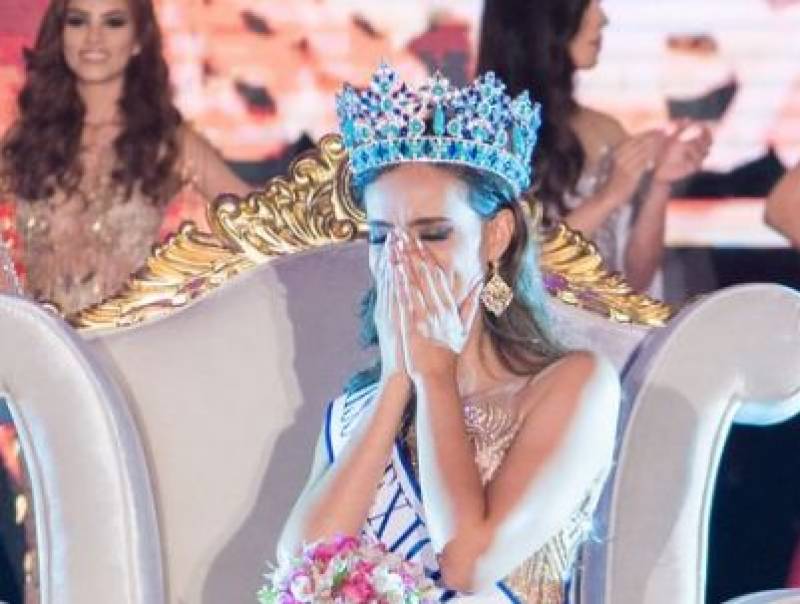 Sanya (Web Desk): Mexico’s Vanessa Ponce De Leon has been crowned as the 68th Miss World during the annual pageant’s culmination at the colorful event in China’s Sanya City Arena.

India’s Manushi Chhillar, who won the Miss World pageant last year, passed the baton to Ponce De Leon, where the first runner-up title went to Thailand’s representative and Femina Miss India 2018 Anukreethy Vas failed to make it even to the top 12.

Help me win Head to Head challenge, vote for me on the Miss World Website. Click on the link: https://goo.gl/Yb8J3w (Link in my bio) 1. On the top right corner, click on the LOGIN button, SIGN UP or do a social media login 2. Scroll & search for India 3. Click on the VOTE button 4. Spread the word & share this post to make India proud again! Wearing @falgunishanepeacockindia Fashion Director: @rockystarofficial #MissWorld2018 #AnukreethyVas #HeadtoHeadChallenge #India

The 26-year old model is the first Mexican to be crowned as Miss World.

This year, the coveted beauty pageant took place in the tropical Chinese island of Hainan on Saturday and 118 beauties from around the globe made the pageant glorious with their participation.

It is the eighth time the Miss World final was held in the coastal city of Sanya, which first hosted the pageant in 2003.

The top five contestants were from Belarus, Mexico, Uganda, Jamaica and Thailand from which Mexico grabbed the prestigious title.