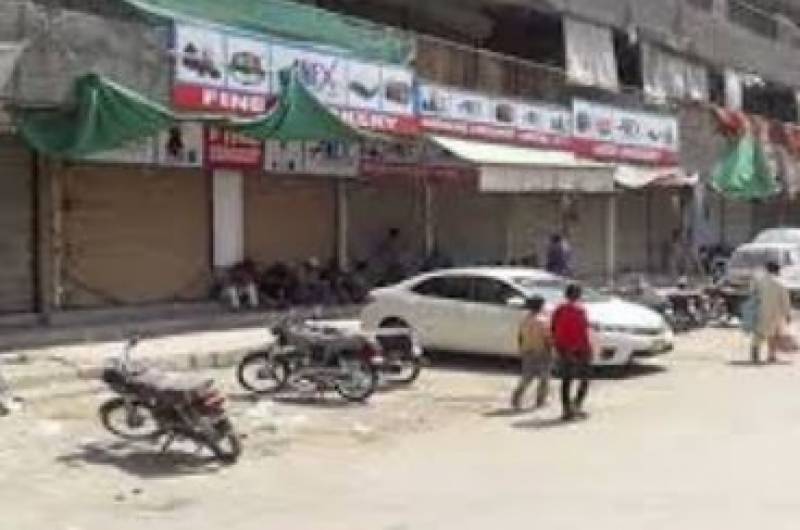 Lahore (Web Desk): The Punjab government on Saturday announced that the ongoing lockdown due to corona pandemic has been extended till May 31 with additional exemptions.

According to details, the lockdown has been extended with additional exemptions, as per the decisions taken during the National Coordination Committee (NCC) meeting on May 7.

Speaking to media, Punjab’s minister for information Fayyaz ul Hassan Chohan said that Punjab will witness a complete lockdown on Fridays, Saturdays and Sundays while restrictions will be relaxed in the four other working days of the week.

The minister said that all shops and markets will remain open with proper implementation of all SOPs.

Chohan added that big plazas and shopping centers will remain closed for all seven days of the week.

As per the Punjab government’s notification shared on its Twitter account, the following businesses will be allowed to open for four days a week from 8am to 5pm whereas general and medical stores will remain open throughout the week:

All hair salons, barbershops and gyms

Public transport, educational institutions and restaurants (except take away and home delivery) will continue to remain closed.

Official Notification of Govt of Punjab for the extension of lockdown period till 31st May 2020, with additional Exemptions pic.twitter.com/1q40EXzjJU

On May 7, Prime Minister Imran Khan announced to ease the lockdown in Pakistan starting from May 9.

Addressing the nation after a meeting of the National Coordination Committee (NCC), the premier said the decision was made in consultation with all the provinces to ease out people's lives.

The PM said that labourers, ordinary people, and small business had suffered a lot due to lockdown, which prompted us to open the curbs.

He added that 35 percent of revenue collection had decreased, while exports had also come down. He maintained the country had already opened the construction sector.

The prime minister appealed the people to observe self-discipline and Standard Operating Procedure (SOPs) to prevent spread of Coronavirus pandemic.

Giving detail of the decision taken at the NCC, Planning Minister Asad Umar said small markets and shops in mohallas and rural areas will be allowed to open from Fajar to 5pm He said the entire business, except outlets of essential items like food and medicines will remain closed in two days of the week.

Minister for Industries and Production Hammad Azhar said it has been unanimously decided to open allied industries of the construction sector, which include paint and pipe mills, tiles, electrical and industry and hardware stores across Pakistan.

Provincial chief ministers participated in the meeting via Video link.