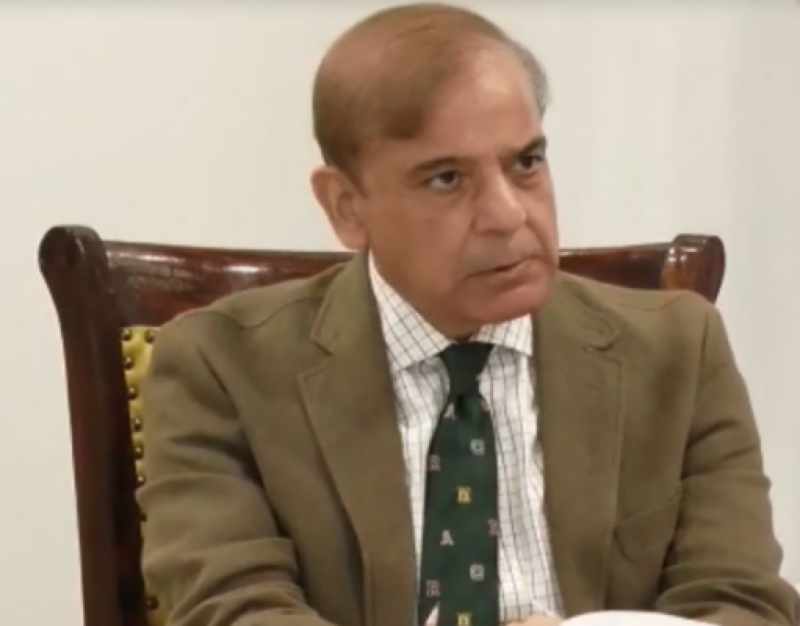 In a statement, the premier said those concocting a narrative against national institutions were the real Mir Jaffar and Mir Sadiq.

"Imran Khan challenged the state, the constitution and the respected institutions of Pakistan in Abbottabad on Sunday and legal action would be taken for that," PM Shehbaz said.

He said what Imran was doing could only be categorized as conspiracy not politics and this conspiracy was not against any political rivals but against the country.

"Pakistan cannot be surrendered and compromised over one person’s ego, arrogance, and blatant lies. Imran first conspired to destroy economy of the country and was now planning to trigger civil-war in Pakistan”, PM Shehbaz said.

The prime minister pledged that these nefarious designs of Imran would be crushed at all cost.

"Imran is this era's Mir Jaffar and Mir Sadiq who wanted Pakistan to face the same fate as Libya and Iraq. Imran incidentally also had a fake certificate of Sadiq, like Mir Sadiq," he said.

He went on to say that Imran was digging holes in the very boat he was riding and biting the hand that feeds him.

"The people of Pakistan, the constitution, and the institutions of Pakistan were not slaves of Imran Niazi, nor could he hold them hostage", he lambasted.

Slamming PTI chief's speech, PM Shehbaz said that Imran Niazi would not be allowed to become the Hitler of Pakistan.

"Imran had lied to the nation all this time, its about time he faces the truth, Shehbaz Sharif said.

In a statement, the Inter Services Public Relations (ISPR) said that recently there have been intensified and deliberate attempts to drag Pakistan Armed Forces and their leadership in ongoing political discourse in the country.

"These attempts are manifest through direct, insinuated or nuanced references to the Armed Forces as well as their senior leadership, made by some political leaders, few journalists and analysts on public forums and various communication platforms including social media", it said.

The military’s media wing added that this practice of unsubstantiated, defamatory and provocative statements and remarks was extremely damaging.

"Pakistan Armed Forces take strong exception to such unlawful and unethical practice and expect all to abide by the law and keep the Armed Forces out of political discourse in the best interest of the country," the statement said.