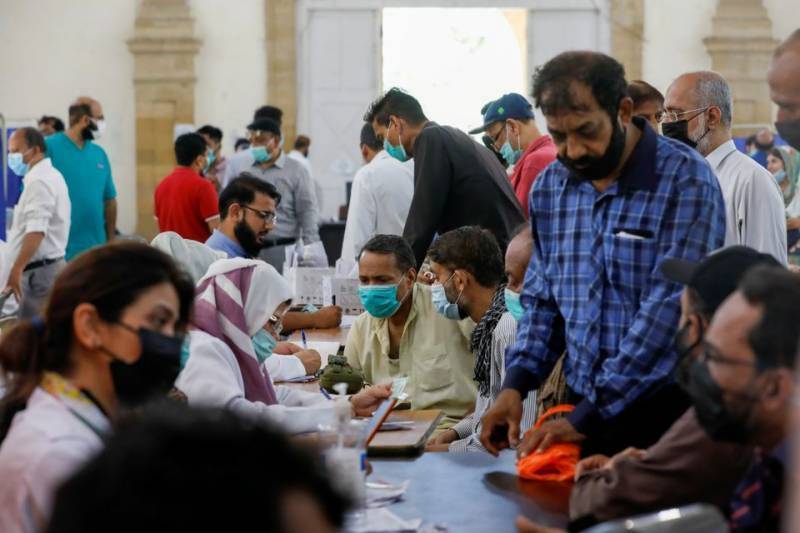 Lahore/Quetta/Karachi/Peshawar (Staff Report/Agencies): The number of confirmed COVID-19 cases in Pakistan rose to 1,305,707 on Monday after 1,649 new cases surfaced in the country during the last 24 hours.

As per the National Command and Operation Centre (NCOC) data, 45,002 tests were conducted in last 24 hours while positivity ratio remained 3.66%.

According to the government's COVID-19 portal, the death toll related to coronavirus has reached to 28,972 with 3 fatalities reported during the last 24 hours.

Over the last twenty four hours, total number of recovered COVID-19 patients across the country reached 1,258,987 after another 330 virus recoveries were reported.

Meanwhile, Minister for Planning and Development Asad Umar has said that the NCOC has played an active and commendable role against COVID-19, which is being acknowledged by the world.

He was addressing prize distribution ceremony among workers who rendered their best performance in the anti-COVID vaccination drive, in Islamabad on Monday.

The minister also commended the performance of doctors and other paramedical staff in the fight against pandemic.

Asad Umar said that the government handled the pandemic with the support of the nation.

He said the virus still exists and we should continue our fight against this pandemic by observing precautionary measures, including wearing masks.

The minister asked the people who completed their two doses to take the booster vaccine.

It is pertinent to mention that the global coronavirus cases have reportedly surpassed 307.915 million and death toll tops 5,506,209.