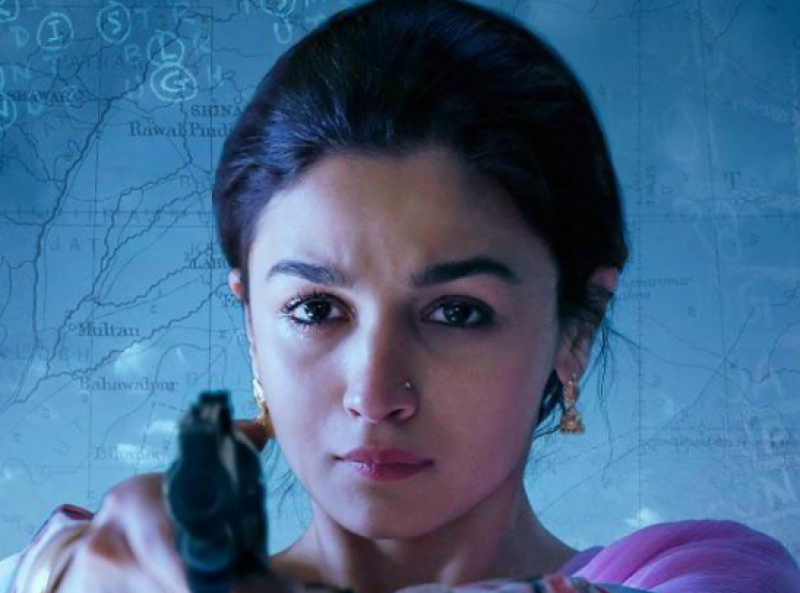 Lahore (Web Desk): Bollywood actress Alia Bhatt and Vicky Kaushal-starrer Raazi will not be releasing in Pakistan due to its controversial content.

According to details, no distributor has agreed to purchase the film due to its controversial content.

The Dharma Production is all set to release in India on May 11, however, the censor board has banned the film because of its allegedly negative portrayal of Pakistan.

“It is disappointing to see that films which are based on controversial topics are being produced again and again in India,” a senior distribution firm representative said in a media talk. He further added that all the distributors are aware of Alia Bhatt’s role in the film ‘Raazi’, hence no distributor is willing to buy the movie.

Patriotism is another force that is urging the distributors to not purchase the film. He maintained that Indian producers should clearly know that all Pakistani distributors have mutually agreed to boycott such controversial movies.

Co-produced by Vineet Jain and Karan Johar, the film has been made under the banner of Dharma Productions.

An adaptation of Harinder Sikka’s novel, Calling Sehmat, the film feautures an Indian spy (Alia) who marries a Pakistani man (Vicky) during the Indo-Pak war of 1971. It has been shot in different cities of India.