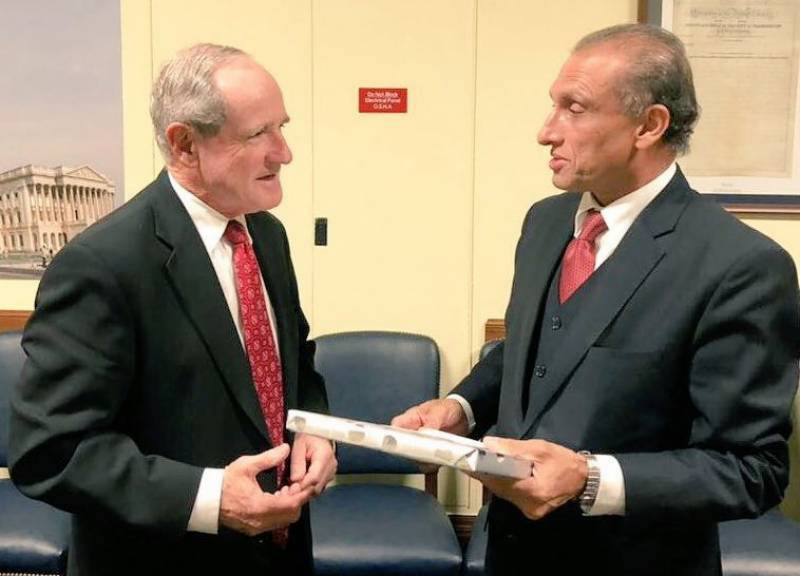 Washington (Staff Report): Pakistan's Ambassador to the United States, Aizaz Ahmed Chaudhry said its indiscriminate operations against terrorists have resulted in much improved security environment but instability in neighboring Afghanistan is threatening the hard-won security and economic gains.

In the meetings, he briefed the US legislators on Pakistan-U.S. relations and conveyed Pakistan's perspective on key issues of interest to both countries.

Aizaz Chaudhry said continued engagement between Pakistan and the United States is critical to achieving their shared aspirations for peace and stability in South Asia.

In their remarks, both Senator Risch and Congressman Sires agreed with the Ambassador on the need for close cooperation between Pakistan and the United States.