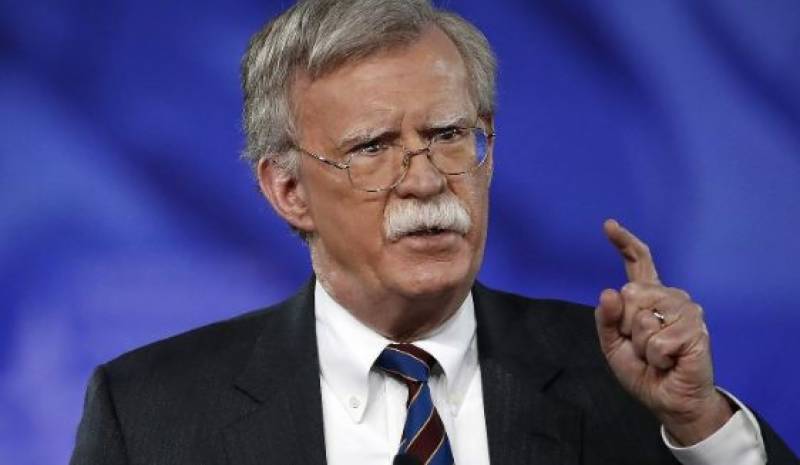 Bolton said two rounds of unilateral US sanctions introduced by President Donald Trump in August and most recently on Monday had had a “quite significant” effect on the Iranian economy and the country’s actions abroad.

“I think that you’re going to see even more sanctions coming into play over time and much tighter enforcement of the sanctions,” Bolton told reporters in Paris.

When asked what would be the target of the sanctions, he replied, “There are other things we can do in the terrorism and counterterrorism area.”

The International Monetary Fund forecasts that the sanctions will cause Iran’s economy to contract 1.5 percent this year and 3.6 percent next year, pain that Trump has boasted about.

“We’ve seen indications that it has affected their belligerent activity in Iraq, Syria and Yemen. Not enough yet, but it’s beginning to have that effect,” Bolton said.

“We’ve seen a continuation and exacerbation of political discontent inside Iran. That opposition continues to manifest itself.

Economically the Iranian currency is going through the floor, inflation has quadrupled and the country is clearly in recession.”

He said “the objective is still to drive Iranians exports of oil to zero” despite waivers given to the biggest buyers of Iranian oil, including China, India and South Korea.

“It’s with some satisfaction that I noticed today the price of oil is down. We have worked with the Saudis, the Emiratis, and other producers to make sure production is up so that historic buyers of Iranian oil are not disadvantaged,” he added.