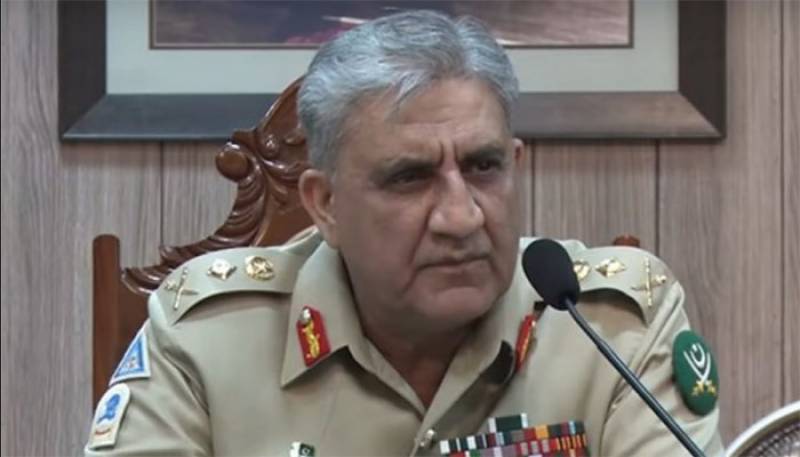 According to a statement issued by the Inter-Services Public Relations (ISPR), the army chief said this while chairing a meeting of the Corps Commanders Conference at the General Headquarters (GHQ) in Rawalpindi.

The COAS said that constructive engagement and sustained humanitarian support for Afghanistan by world community is imperative for enduring peace and stability.

The military’s media wing said that the participants of the meeting took comprehensive review of global, regional and domestic security environment.

The forum was apprised of the prevalent situation in Afghanistan, especially the security along Pak-Afghan Border and effective safeguards in place against various threats, the statement said.

The meeting emphasized close cooperation amongst all regional stakeholders is essential for a prosperous and peaceful region.

The army chief expressed satisfaction over efficacy of the comprehensive border management regime due to which Pakistan's borders and internal security remained intact amid a crisis situation in the region.

He appreciated Army's support and role towards the overall evacuation and transit related efforts undertaken in support of evacuation of foreign and Afghan populace from Afghanistan to other countries.

The COAS appreciated formations for their efforts for conduct of Muharram in a peaceful manner and instructed complete readiness to counter conventional and non-conventional threats.

He said the designs of external and internal forces inimical to peace and stability in Pakistan shall be thwarted at all costs.

The forum also paid homage to Syed Ali Shah Geelani for his lifelong struggle and sacrifices as leader of the indigenous freedom movement in Indian illegally Occupied Jammu and Kashmir (IIOJK) and expressed solidarity with Kashmiri people who continue facing Indian state oppression and violence.