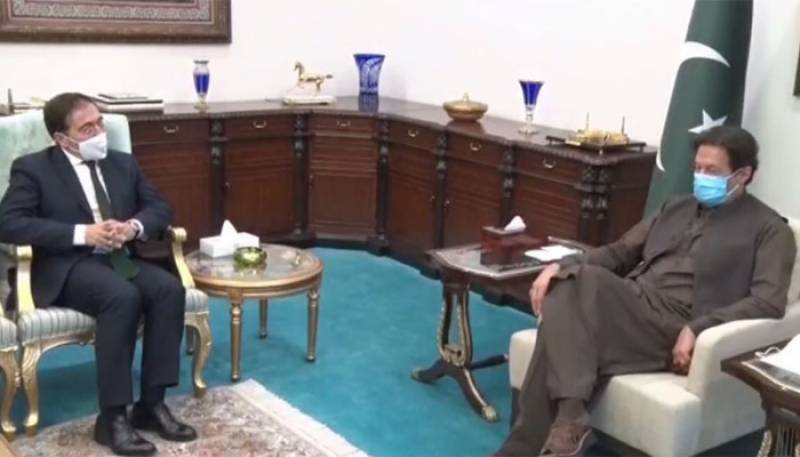 Islamabad (Web Desk): Prime Minister Imran Khan has called for positive engagement of the international community to ensure the stabilization of security situation in Afghanistan.

The premier expressed these remarks during a meeting with Spanish Foreign Minister Jose Manuel Albares Bueno, who called on him in Islamabad on Friday.

PM Imran underlined the importance of a secure, stable and peaceful Afghanistan for Pakistan and the region.

“The changed reality in Afghanistan required a change in the world community's outlook as well,” PM Imran said stressing that the well-being of the Afghan people has to be the utmost priority.

The prime minister said urgent measures are required to address the humanitarian needs of the Afghan people and to ensure economic stability of the country.

Foreign Minister Albares lauded Pakistan's efforts to facilitate the evacuation of nationals and personnel of diplomatic missions and international organizations. The Prime Minister assured Pakistan's continued support in this regard.

On the bilateral plane, PM Imran hoped that Pakistan-Spain relations would continue to be strengthened in all fields. The Prime Minister also lauded the positive role of Pakistani diaspora in Spain.

This year marks the 70th anniversary of establishment of diplomatic relations between Pakistan and Spain and both sides would commemorate this milestone through specific events.

Earlier, addressing a joint news conference along with his Spanish counterpart Jose Manuel Albares after delegation level talks in Islamabad on Friday, Foreign Minister Shah Mahmood Qureshi also urged the world community to recognize the new reality in Afghanistan and engage with it for peace and stability.

He said that that isolating Afghanistan will have serious consequences and will not be helpful for the Afghan people, the region and the world at large.

FM Qureshi said that the approach of intimidation, pressure and coercion has not worked and we got to adopt a new positive approach regarding Afghanistan.