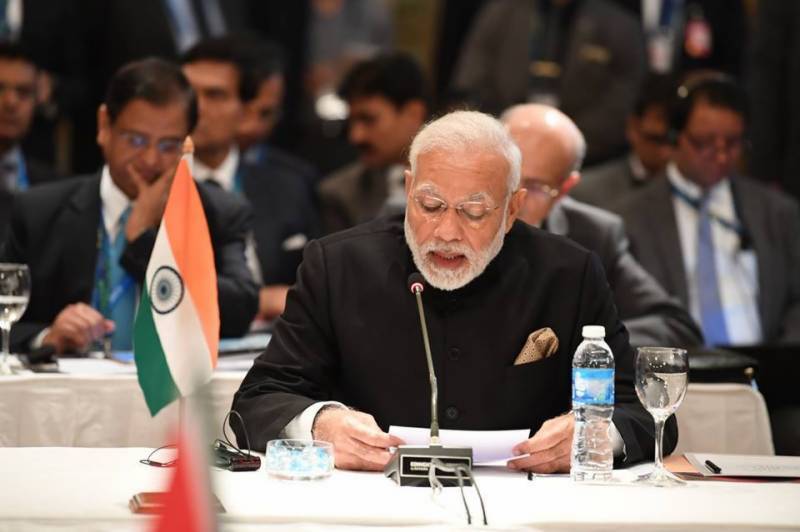 New Delhi (Agencies): A major blow to Prime Minister Narendra Modi ahead of national polls in 2019 as India’s ruling looked set to lose power in at least one of three traditional stronghold states releasing election results on Tuesday.

The Hindu nationalist BJP has ruled Chhattisgarh for the past 15 years.

The race looked closer in Rajasthan and Madhya Pradesh, two other traditional strongholds of Modi's BJP that were also counting votes following elections in the states this month and last.

In central Madhya Pradesh, home to 73 million people, early results put the BJP neck-and-neck with Congress, as observers said it was too early to call the result either way.

Similarly in the western desert state of Rajasthan — ruled by the BJP's Vasundhara Raje, a maharani or princess — Modi's party was predicted to win 74 seats compared to 97 for Congress.

Tuesday's results are being seen as a referendum on 68-year-old Modi, who will be seeking a second term in the office in national elections due by May 2019.

Defeats in Chhattisgarh, Madhya Pradesh and Rajasthan would dent his invincible image and put the party on the back foot.

It would also strengthen 48-year-old Gandhi — scion of the Gandhi-Nehru dynasty — with Congress having lost more than a dozen states to the BJP since Modi became prime minister in 2014.