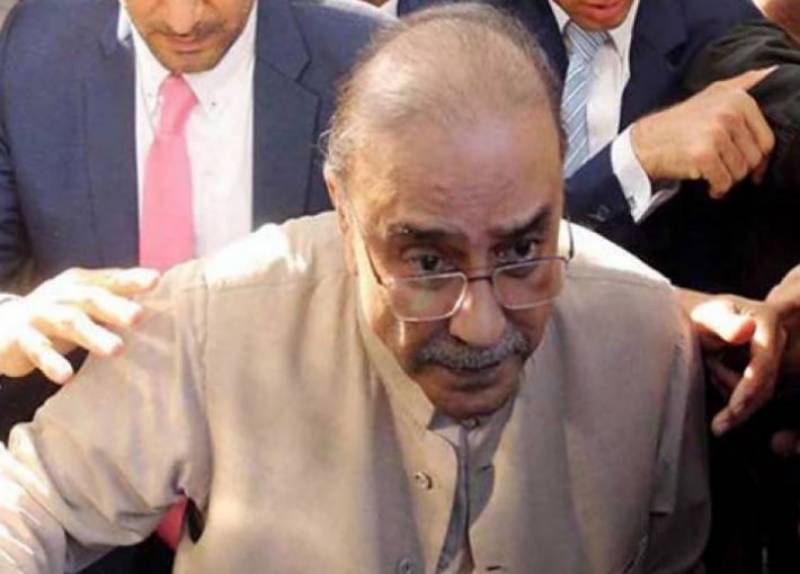 During the hearing, Asif Ali Zardari’s counsel Farooq Naek submitted the medical reports of the former president to the court.

The NAB prosecutors read the medical report of the former president upon the directions of the bench.

The PPP supremo was granted bail against two surety bonds of Rs10 million each.

Last week, the IHC had admitted a bail petition filed by Asif Ali Zardari seeking bail on medical grounds in the fake accounts case initiated against him by the NAB.

The former president was arrested in June this year for his alleged role in a multi-billion rupees money laundering case. Currently, PPP co-chairman is under treatment at the Pakistan Institute of Medical Sciences (PIMS) hospital in Islamabad.