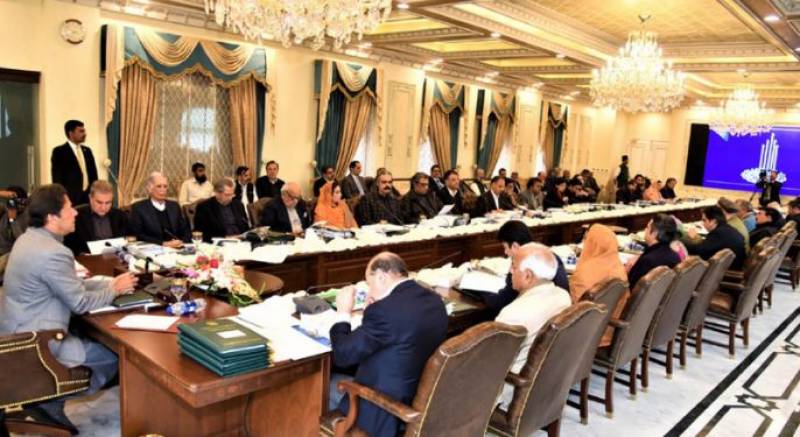 Islamabad (Web Desk): The Federal Cabinet on Tuesday approved a subsidy of Rs 2 billion per month for a period of five months to Utility Stores Corporation (USC) for provision of edible items of daily use to the people at affordable rates.

Briefing the media the media in the federal capital, Special Assistant to Prime Minister (SAPM) on Information and Broadcasting Dr Firdous Ashiq said that this package will help ensure availability of flour, sugar, rice and pulses among other edible items at USC outlets at reasonable rates.

“The USC has been further directed that 20kg flour bag be sold at Rs800 while pulses at 15-20 percent less prices than market”, she said.

The SAPM added that the government will also devise a strategy to keep a check on prices of essential edible items.

She said that the government's economic team, ministry of commerce and other institutions including Utility Stores Corporation gave a detailed briefing to Prime Minister Imran Khan.

“The Cabinet gave approval to lift ban on import of sugar to ensure supply of this commodity”, she said.

The SAPM said that export of sugar has been banned and a strategy is being devised to remove regulatory duty on this commodity”, she said.

Awan said that 4.3 million women were being given Rs2000 thousand monthly under Ehsaas program.

“The number will reach by 70 million by end of this year, benefitting 46.9 people”, she added.

The SAPM said that the premier has directed his team to devise a mechanism to reduce the prices of gas and electricity in phase wise manner to reduce the burden of inflation on people.

She said that, Under Ehsaas Fee Support Program, the government will provide Rs 750 for male students and Rs1000 per female students.

“Under Ehsas Nutrition program, which will be launched next month, 20 thousand women will get its benefit and it will be further expanded in future. Ehsaas Langar Khana program, 100 more langar khana will be established this year across the country with public private partnership”, she said.

Firdous said the cabinet was not satisfied over inquiry report of the committee regarding crises of wheat and sugar and further directed to submit the report with more information and recommendations within three weeks.

She said that the Health Advisor briefed the meeting about government initiatives in preventing Coronavirus.

The SAPM said that the cabinet also directed to prepare a comprehensive strategy to control the prices of electricity and gas along with the causes of rising prices. She said the report will also be shared with media and general public.

Speaking on the occasion, Minister for Religious Affairs Pir Noor-ul-Haq Qadri said that the cabinet accorded approval to Hajj Policy 2020.

He said this year the hajj quota of intending pilgrims from Pakistan is 1,79,200 and efforts are being made to increase this number.

The minister added that 60 percent pilgrims will offer hajj through government scheme while 40 percent through private tour operators.

He said transparency and merit will be ensured while selecting private tour operators as per the directions of the Supreme Court.

Qadri said the Hajj package through government scheme is Rs4,90,000 for intending pilgrims of north region and Rs4,80,000 for those from southern region of the country.

He said the increase in Hajj package is due to surge in airline fares and depreciation of Pakistani rupee among other reasons.

The minister said that the Saudi government has levied an additional fee of 300 riyals for Hajj visa and 110 riyals for mandatory health insurance. Similarly, the cost of residence has also gone up in Makkah, he added.

Qadri said last year the government reimbursed an amount of Rs 5.50 billion to the pilgrims and this year efforts are being made to minimize the burden on intending pilgrims.

The minister said that 22,000 Pakistanis benefitted from Road to Makkah project in Islamabad last year and this year talks are underway to extend it to Lahore, Peshawar, Karachi and Quetta.