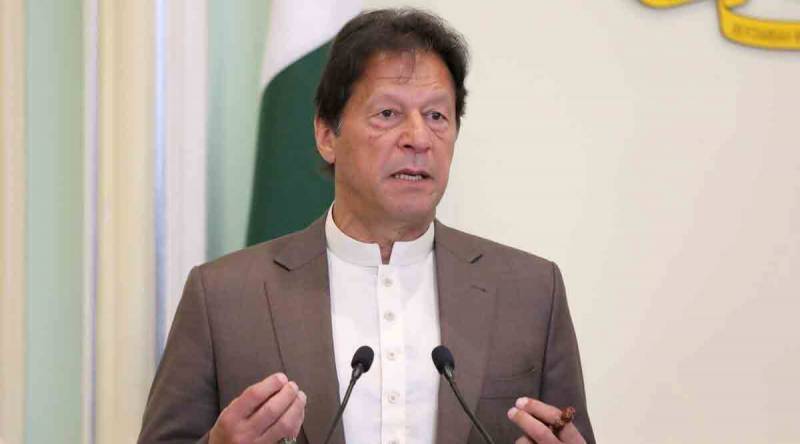 Islamabad (Web Desk): Prime Minister Imran Khan on Tuesday said that economy of the country is now stable and moving toward prosperity due to prudent economic policies of the Pakistan Tehreek-e-Insaf (PTI)-led government.

Addressing the inaugural session of 14th International Chambers Summit in Islamabad on Tuesday, the premier said that making Pakistan a great country is our mission.

PM Imran said that the government has adopted effective and strong strategy to make economy stable and meet global pandemic at a time.

The prime minister said inflation has hit entire world hard and government is trying to protect our citizens from adverse effect of this menace.

“Exports, foreign remittances and tax collection are increasing significantly as these areas are on the top priority of the government,” PM Imran said.

The premier said that the government has received $32 billion foreign remittances and $31 billion have been witnessed in export sector. He said the Federal Board of Revenue (FBR) has made tax collection of Rs6000 billion during current fiscal year.

Imran Khan said IT exports are at Rs3.5 billion with increase of 70% while agriculture has received income of Rs1100 billion.

“Due to an integrated strategy of the government, construction sector is also witnessing record development,” he said.

The prime minister said tax culture in the country should be promoted to increase tax revenue.

He said the government has also introduced health insurance for every family in country up to one million rupees.

Imran Khan said promotion of business activities and creating decent business opportunities in the country is our priority and the government will provide all possible facilities to establish industrial zones in the country.

He said that the government is committed to ensure rule of law in the country despite that some elements are creating hurdles in this regard.

Emphasizing the need to eliminate corruption from the country, the premier said that a corruption free Pakistan is our mission and we will continue fight against corrupt elements and practices.

Prime Minister Imran Khan said due effective strategy of government, the corporate sector has witnessed a profit of Rs930 billion while Rs1138 billion investments have been made in private sector during last 10 years.