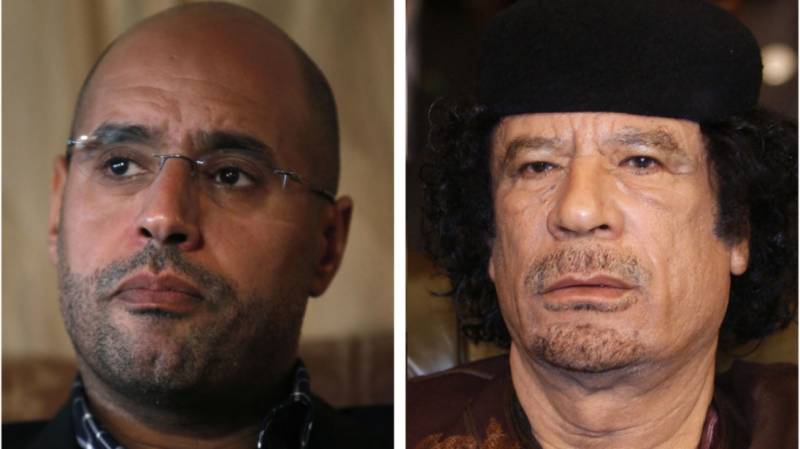 Tripoli (Web Desk): Saif al-Islam Gaddafi, the son of slain Libyan leader Muammar Gaddafi, has been released from prison, according to fighters who control the facility.

A statement from the Abu Bakr al-Siddiq Battalion, a militia which controls Zintan, a mountainous region southwest of the capital Tripoli, said Saif al-Islam was released late on Saturday.

“The armed group has issued a statement on its Facebook page saying that it has recently released Saif al-Islam Gaddafi upon request from the House of Representatives (HoR), the parliament that is based in the eastern city of Tobruk,” Al Jazeera’s Mahmoud Abdelwahed, reporting from the capital, Tripoli, said.

However, he has been sentenced to death in absentia by a court in Tripoli where control is in the hands of the rival, UN-backed Government of National Accord.

He is also wanted by the International Criminal Court for crimes against humanity during his father’s unsuccessful attempts to put down the rebellion.

The 44-year-old Saif al-Islam – who was controversially granted a PhD by the London School of Economics in 2008 – was captured in November 2011 after three months on the run following the end of Muammar Gaddafi’s decades-long rule.