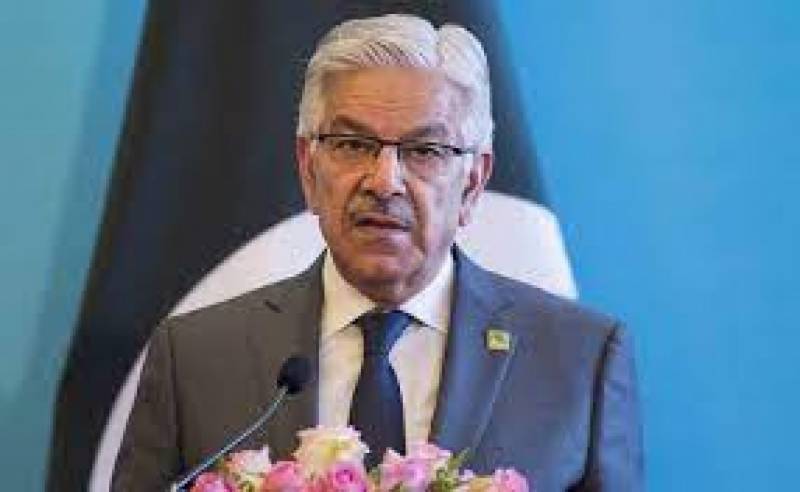 London (Web Desk): Federal Defence Minister and Pakistan Muslim League-Nawaz (PML-N) senior leader Khawaja Asif on Wednesday said that the general elections in Pakistan could be held prior to the appointment of the new Chief of Army Staff (COAS).

In an interview with BBC Urdu, the minister said, “There is a possibility that the caretaker government will leave before November and a new government will come into power.”

Regarding the extension of incumbent COAS General Qamar Javed Bajwa, Khawaja Asif said that the army chief had announced that he wasn’t seeking an extension in his tenure.

“I welcome his decision as it has closed the door on speculations,” the minister said.

He added that the former army chief General (retd) Raheel Sharif, too, had never "directly or indirectly demanded an extension".

COAS General Bajwa will remain in office till November 2022, after his three-year tenure was extended in 2019.

Responding to a question, the defence minister said that all names in the seniority list for new army chief will be deliberated on and Lt General Faiz Hameed's name will also be considered if on the list, he added.

The PML-N leader said that the appointment of new COAS will be made on merit and added that the procedure for the army chief's appointment should be institutionalised now.

In response to another question about whether Imran's government was sent packing over the COAS appointment issue, the minister said Imran wanted to have his own way over the appointment of the new chief to "ensure his political interest and prolong his tenure".

However, he rejected the impression that the PTI chief was removed because of this issue. "It is the prerogative of the prime minister to appoint the army chief," he added.

Referring to the PML-N government that came to power amid an economic turmoil with the help of its allies, the minister said that his party took a "great risk" to form the government.

"Nobody pushed us to form the government and we took this leap ourselves as it was necessary to take this risk.

He said that had Imran Khan stayed in power for 14 more months the damage caused to Pakistan would have been "irreparable". He said the conditions in Pakistan at present were

"precarious" but Imran's government was "definitely" heading towards disaster.

The federal minister said that Imran Khan-led government was definitely heading towards failure.

"People have not forgotten the mismanagement during Imran Khan's tenure," Khawaja Asif said.