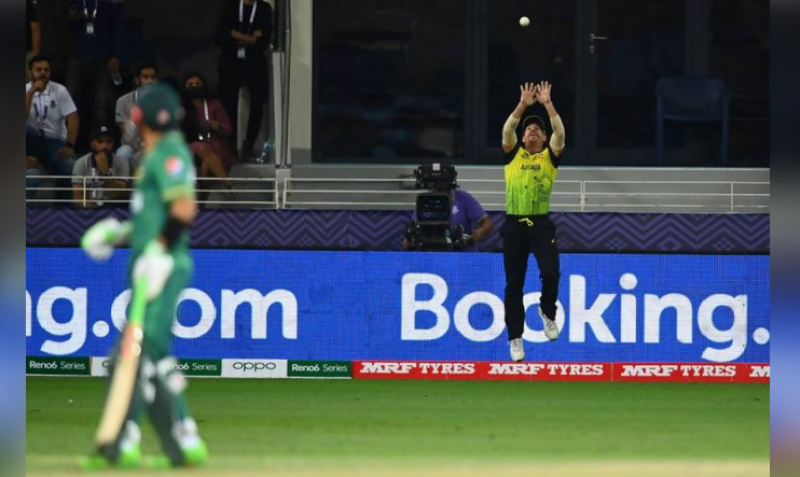 Pakistan scored 176 runs for the loss of four wickets in 20 overs.

Mohammad Rizwan top-scored for Pakistan with his impressive 67 runs. He added 71 runs with skipper Babar Azam (39) the first wicket and 72 runs for the second wicket with Fakhar Zaman (55*).

For Australia Mitchell Starc was the best bowler with his two wickets. Pat Cummins and Adam Zampa picked one wicket each.

Earlier, Australia won the toss and opted to field against Pakistan.

Pakistan are the only unbeaten side in this World Cup so far and will be high on confidence after displaying consistent performances in each of their Super 12 matches.

On the other hand, Australia have done enough to silence their doubters with four wins in five matches.

Pakistan defeated India in their opening game by 10 wickets. Later, they also defeated New Zealand by 5 wickets. Then, they defeated Afghanistan by 5 wickets, Namibia by 45 runs, and Scotland by 72 runs.

Australia defeated South Africa by 5 wickets in their opening game. Later, they defeated Sri Lanka by 7 wickets and Bangladesh by 8 wickets. They also crushed West Indies by 8 wickets.

Australia lost one match to England by 8 wickets.

Pakistan breathed a sigh of relief as Mohammad Rizwan and Shoaib Malik were declared fit to play against Australia.

In an update, the Pakistan Cricket Board (PCB) said that a medical panel reviewed their fitness and okayed their participation in the crucial encounter.

On Wednesday, Daryl Mitchell smashed an unbeaten 72 to lead New Zealand into their first-ever Twenty20 World Cup final with a thrilling five-wicket victory over England.