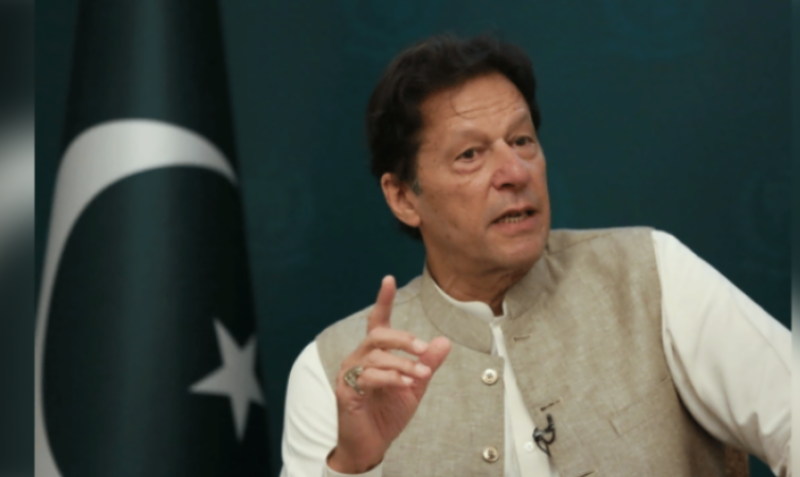 Islamabad (Web Desk): Prime Minister Imran Khan on Monday once again urged the international community to engage with the Taliban and warned against sanctioning the new setup saying it will only lead to chaos and a huge humanitarian crisis in Afghanistan.

In an interview with Middle East Eye, the premier urged the world community to rather engage with Afghanistan to prevent the ascendency of hardline elements within the Taliban's own ranks.

“Unless America takes the lead, we are worried that there will be chaos in Afghanistan and Pakistan will be most affected by it, ” PM Imran said.

PM Imran said he is working with neighboring states, notably Tajikistan and Uzbekistan, which have sizeable ethnic minorities inside Afghanistan, to encourage the Taliban to widen representation in government.

He said Afghanistan needs an inclusive government because it is a diverse society.

The premier condemned the continued use of drones by the US in Afghanistan saying it is the most insane way of fighting terrorism.

Asked whether Pakistan would allow the US to launch strikes targeting ISIS in Afghanistan from Pakistan, PM Imran once again made it clear that Pakistan does not need to be part of a conflict again.

“Pakistan has paid a heavy price both human and material in the war on terrorism,” PM Imran said.

Responding to a question, Pakistan is speaking to various groups of the Tehreek-e-Taliban Pakistan (TTP) from a position of strength.

"We now have to talk to those we can reconcile with [and persuade] to give up their arms and live as normal citizens," he added.

Alluding to the worst human rights violations taking place in Indian Illegally Occupied Jammu and Kashmir (IIOJK), PM Imran regretted that India enjoys the same kind of impunity within the international community over its attempts to change the demographic balance of Kashmir that Israel has in the occupied Palestinian territories.

“Nine hundred thousand troops have put eight million Kashmiris into an open prison,” Imran Khan said, adding that it is a racist government in India.

When asked about relations with China, Imran Khan said this relationship is 70-year old and it has stood the test of time.

“China always stood with Pakistan in all our ups and downs,” PM Imran Khan said.