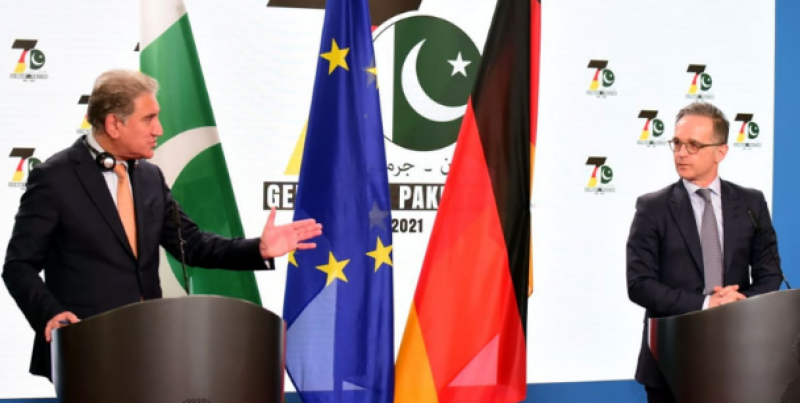 Addressing a joint news conference with his German counterpart Heiko Maas after delegation level talks in Berlin on Monday, Qureshi said there are great opportunities for Germany to invest in Pakistan in various areas, including renewable energy, electric vehicles, information technology and tourism.

The minister said he has apprised his German counterpart about the shift in Pakistan's policy from geo-politics to geo-economics, the government's focus on economic diplomacy and the new incentives being offered to investors.

Referring to the regional security situation, Shah Mahmood Qureshi said India will have to take the first step to create an enabling and conducive environment for talks with Pakistan after India's action about Kashmir on August 5, 2019. He said Pakistan wants to have peaceful relations with all the countries, including India. He said all issues can be resolved through dialogue.

Speaking on the occasion, the German Foreign Minister said the two sides held constructive discussion on enhancing bilateral trade and investment. He said Pakistan is of great importance for Germany.

The German FM said Pakistan has played great efforts for peaceful solution to the conflict in Afghanistan. He said any situation in Afghanistan influences intensively Pakistan.