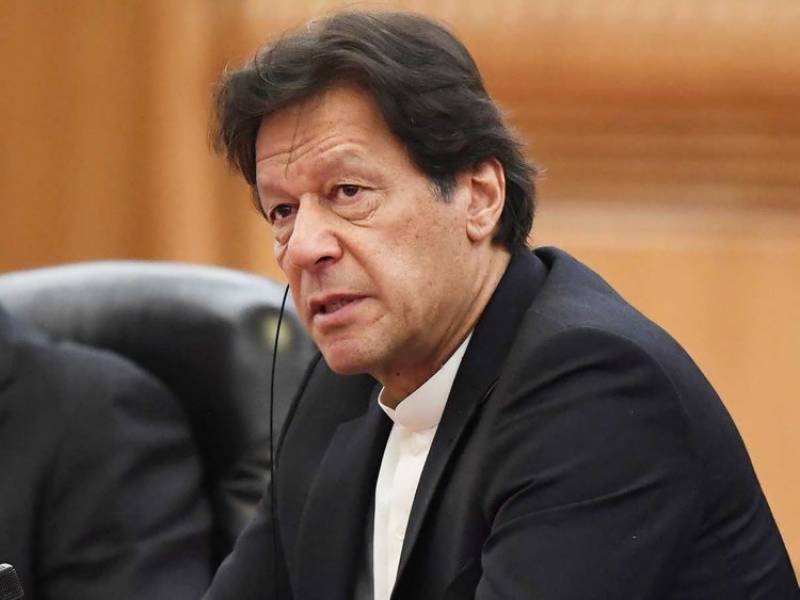 In a series of messages shared on Twitter, the prime minister urged the world community to step in before it is too late, to counter this Hindu Supremacist agenda of Modi's India threatening bloodshed & war.

He said that New Delhi has now passed the citizenship amendment law following illegally annexing and continuing siege of Occupied Kashmir and stripping two million Indian Muslims in Assam of citizenship. He said India has also set up internment camps in Assam.

The premier added that the new policies of the Indian government had been enabled by a climate of fear built around silencing dissent. He also warned that appeasement would only embolden Modi, and used the example of World War II villain Adolf Hitler to illustrate his point.

Prime Minister Imran Khan warned that Modi's Hindu Supremacist agenda, accompanied by threats to Pakistan under a nuclear overhang, will lead to massive bloodshed and far reaching consequences for the world.

will lead to massive bloodshed & far-reaching consequences for the world. As in Nazi Germany, in Modi's India dissent has been marginalised & the world must step in before it is too late, to counter this Hindu Supremacist agenda of Modi's India threatening bloodshed & war.

It is pertinent to mention here that India's lower and upper houses passed the controversial Citizenship Amendment Bill amid protests on Tuesday and Wednesday respectively.

The legislation will grant citizenship to religious minorities from neighbouring countries, but not Muslims.