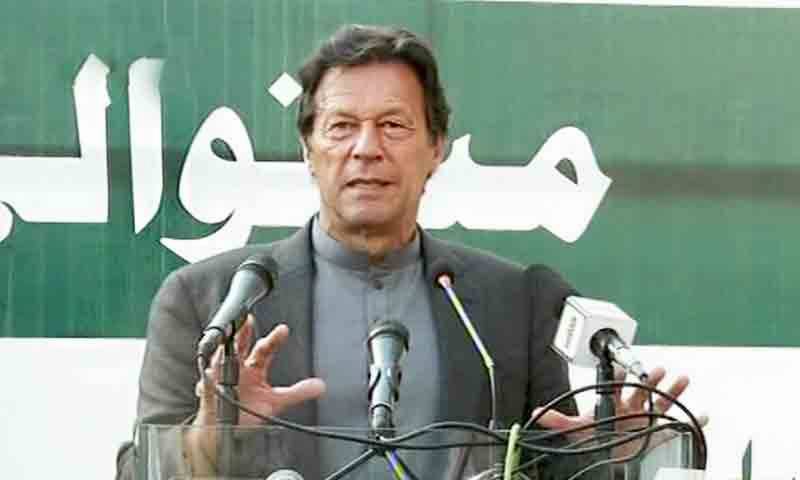 Lahore (Web Desk): Prime Minister Imran Khan on Friday said that smog in Lahore is a threat to public health and quality of life as it is a "silent killer".

Addressing the inauguration ceremony of Miyawaki urban forest at Jilani Park in Lahore, the premier said that smog reduces the life span of a person by 6-11 years and is becoming a big problem for rapidly developing cities.

PM Imran said that in Lahore, which has been the city of gardens, pollution has risen sharply in the recent past.

He said that 70 percent of Lahore’s green belts were removed over time, leading to a huge increase in air pollution which is very harmful for adults and children.

PM Imran said that the government would now seek to reverse the environmental neglect that Lahore had faced during its urban development.

The prime minister urged the Parks and Horticulture Authority (PHA) to increase the visibility and publicity of the forestry projects so they could see tangible signs of growth and success.

It is pertinent to mentin here that Miyawaki is a method invented by 93-year-old Japanese botanist Akira Miyawaki, an expert in plant bionetwork, specialist in seeds and study of natural forests.

He is active worldwide as a professional in the restoration of natural vegetation on degraded land. The technique helps build dense and native forests.

The approach is supposed to ensure that plant growth is 10 times faster and the resulting plantation is 30 times denser than usual.

Following the method, in a bid to develop urban forests for improving the deteriorating environmental situation in Lahore, the PHA had started work on the project last year and it was partially funded by the private sector.

The authority identified 51 locations in populated areas where indigenous trees and shrubs were planted by preparing ground/soil without the use of chemicals, pesticide or fertilisers.

According to the Miyawaki method, 1,125 plants are being planted per kanal at all locations geotagged already.