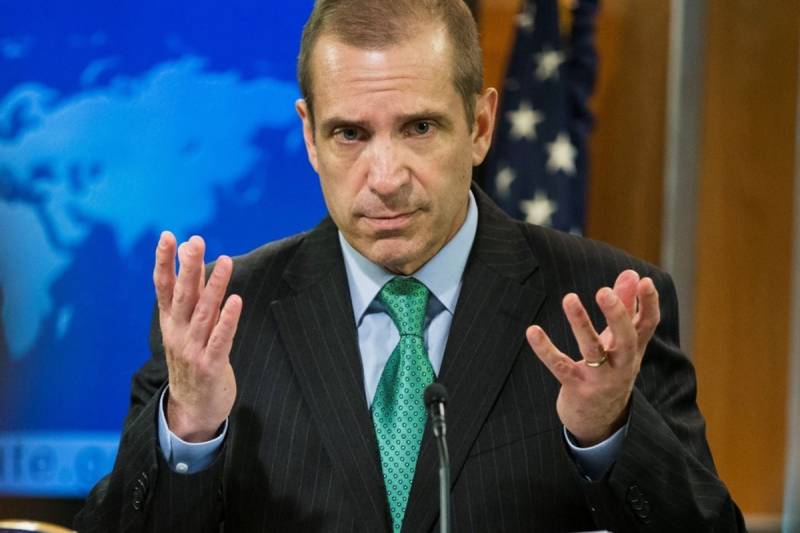 Washington: Kabul twin blasts left 23 dead and many injured and were decried by all countries across the globe. US also officially showed its disdain an condemned the attack. Condemning Tuesday's terrorist attacks in Kabul and Kandahar, the United States has proposed a partnership between Pakistan, Afghanistan and India on counter-terrorism operations, saying such a course would be better for the region as the security of the three states was inter-linked.

"It's part of ... the realization that Afghanistan's security, Pakistan's security,and indeed India's security - they're all interconnected. So as much as they can work in tandem or work in a partnership on counter-terrorism operations, I think it's for the betterment of the region," State Department Deputy Spokesman Mark Toner told reporters today.

At the same time, Toner, responding to a question from an Indian journalist, agreed with the allegations of the Afghan government that continuation of terrorist safe havens in Pakistan gave terrorists an opportunity to carry out attacks inside Afghanistan at their will.

"I think we've been very frank and very open about publicly saying to Pakistan that it needs to not provide any safe haven to groups that will or are intent on carrying out attacks on Afghanistan," he said.

"We've seen some progress. We've seen them take some steps to address these safe havens. But clearly, the problem persists and it's something that's part of our ongoing conversation or ongoing dialogue or ongoing cooperation with Pakistan," he said in response to a question.

Asked how President Barack Obama felt about the continuing war in Afghanistan now that his tenure was ending, Toner, said, "I think it’s in the work-in-progress column and I think the president and the secretary of state has spoken frankly about the fact that we don't wanna see Afghanistan slide back into what it was. By "we", I mean, not just the US, but the international community, NATO and its partners on the ground."

The US, he added, was encouraging the Afghan government and its people to build up the capacity of its security forces.

"The United States has worked hard to foster Afghan-led peace process, which again ultimately is, US believes, the way forward," he said.

"We encourage that. I don't think we can possibly look at it though and say, mission accomplished. We would certainly not say that. But at the same point, we're not gonna encourage any kind of walking away from the situation there," Toner said.

About Tuesday attacks, Toner said an attack on the Afghanistan's Parliament was an attack on democracy and the US would not let the war-torn country slip away the gains.