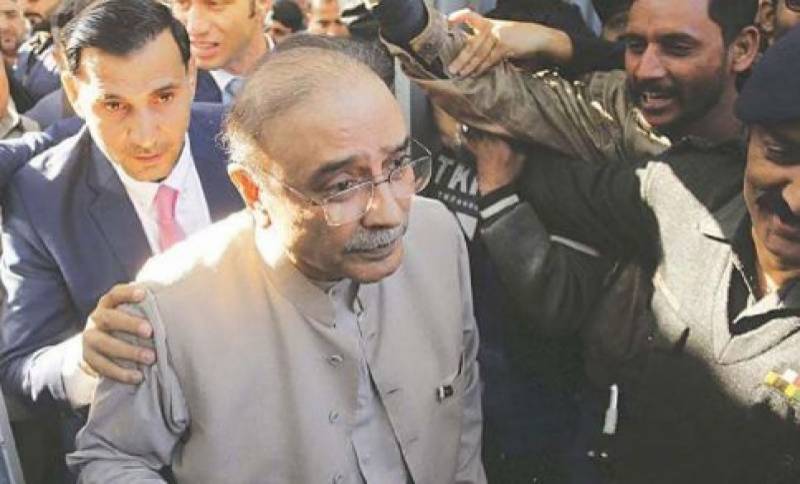 During today's hearing, the PPP co-chairman's counsel requested the court to shift the former president to Karachi for better medical treatment.

The National Accountability Bureau (NAB) prosecutor informed the court that PPP leader was moved to the hospital on the recommendation of a medical board the government had set up to oversee his health.

The NAB prosecutor opposed the plea, saying that B-class facilities were being withdrawn from all the inmates under an ordinance.

Judge Azam Khan of the accountability court issued the order.

Zardari was moved to Pakistan Institute of Medical Sciences (PIMS) from Adiala jail on October 22. He was admitted to the cardiology department where he underwent a number of tests and was declared to be out of danger.

The accused will appear before the court on November 26.