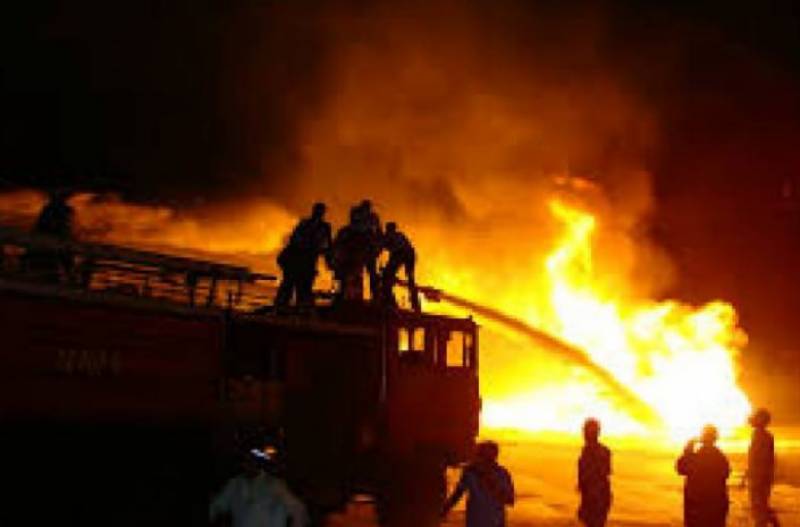 Karachi (Web Desk): At least four people died and seven others injured after fire erupted in a three-storey building in Karachi's Hijrat Colony on Saturday.

According to rescue sources, at least seven people sustained injuries and they were shifted to Civil Hospital for treatment.

As per the fire brigade officials, the fire erupted in the cushion factory located on the first floor, which later engulfed the entire building.

Later, the fire brigade managed to control the fire but it faced issues in rescue operation due to congestion on road and narrow streets in the area.