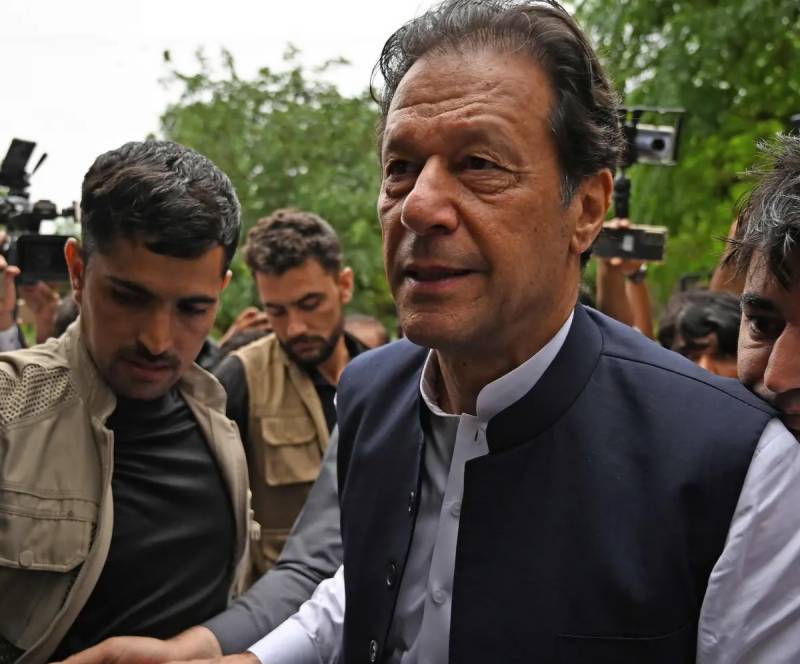 Islamabad (Web Desk): An Anti-Terrorism Court (ATC) in the federal capital on Monday approved extension in pre-arrest bail of former premier and Pakistan Tehreek-e-Insaf (PTI) Chairman Imran Khan in terrorism case registered against him for allegedly threatening a female additional sessions judge at a public rally.

Judge Raja Jawwad Abbas heard the case and extended bail till September 20 after Imran Khan appeared before the court, following its orders issued earlier in the day.

The PTI chief was booked for terrorism under Section 7 of the Anti-Terrorism Act for making controversial remarks against Additional Sessional Judge Zeba Chaudhry and officials of the Islamabad Police during a rally in Islamabad on Aug 20.

Another case was also registered against the former premier for violating Section 144. However, new sections were later added to the FIR, against which the PTI chief had approached the court.

At the previous hearing, the special prosecutor had confirmed the insertion of the sections and admitted that these sections were not inserted in the FIR initially.

During today's hearing, Prosecutor Raja Rizwan Abbasi told the court that the former prime minister was reluctant to join the investigation in the case. He said that Imran Khan did not appear before a joint investigation team (JIT) despite sending three notices.

However, Khan’s lawyer Babar Awan said that his client joined the probe as the investigation officer had his statement in the record. He said that police had misguided the court.

To which, the court summoned the investigation officer, who told that the PTI leader did not appear before the JIT.

When the judge inquired Khan if it is difficult to record his statement to the JIT? Babar Awan said that there are threats his client’s life.

After hearing the arguments, the court adjourned the hearing till September 20.

Speaking to newsmen outside the court premises, Imran Khan once again said that he was “very dangerous”.

The PTI chief also told a journalist to not compare him to “terrorist" MQM founder and “thief Nawaz Sharif”.